Memphis rapper BlocBoy JB is keeping it a buck. He went online and put all things aside to give Meek Mill some advice when it comes to beefing with Tekashi 6ix9ine.

BlocBoy took to his Twitter with some legal tips. He referenced the jail time Meek spent over a parole violation for popping a wheelie on a four-wheeler and pondered what kind of time behind bars he’d get over beating up a now-infamous federal cooperator. 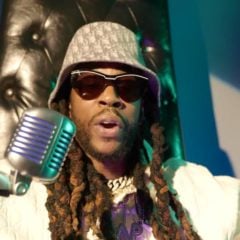 Former G.O.O.D. Music rapper Desiigner recently had some advice for Meek Mill. He went online to dish out some game on how the Philadelphia rap star should handle his beef with Tekashi 6ix9ine. Desiigner took to his Instagram with a hilarious video. In the clip, he goes wild with it and lets out a whole bunch of his famous tongue rolls. He dished out advice for Meek with his “Panda”-inspired noises (or sound effects, if you will) and threw up some finger guns too. 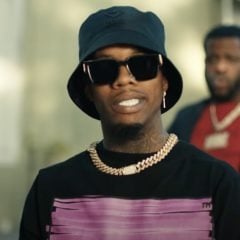 New York rapper Tekashi 6ix9ine and Meek Mill were the opposite of love on Valentine’s Day. New footage circulated online showing the rap rivals’ encounter with one another and tensions going sky high. MM went to his Instagram page to share some since-deleted footage of their verbal scuffle. Despite being in each other’s faces, security ultimately kept them from getting physical.