Florida rapper Bhad Bhabie is going independent. The “These Heaux” crooner has followed listened to the words of Kanye West and created her own label. 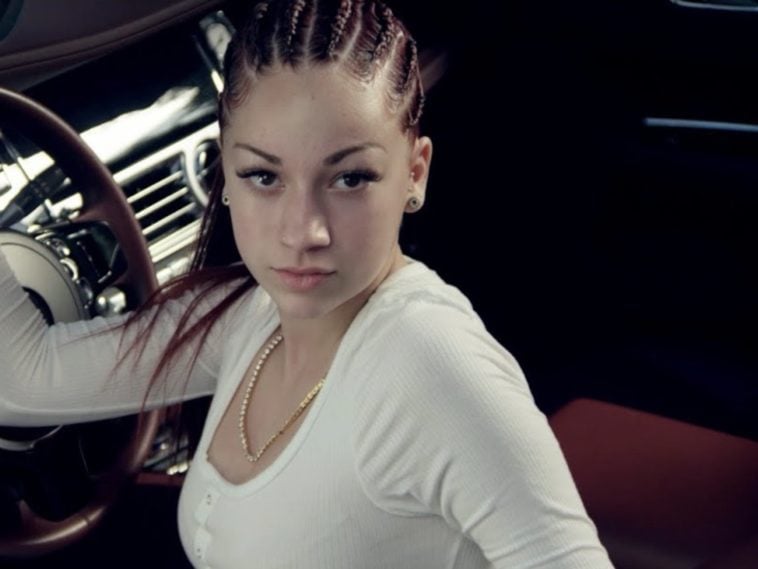 Danielle Bregoli has created her own label called Bhad Music (as opposed to Ye’s G.O.O.D. Music), and will release the first song under the label titled “Miss Understood” later this month. She spoke about Mr. West’s influence on her decision and how he talked so much recently about artists owning their masters.

“Kanye brought a lot of attention last year to artists owning their masters. I feel lucky to be 18 and now I get to own mine going forward. I have my own platform to get my music out to my fans. Signing a deal when you aren’t established, artists don’t really understand that labels get to approve you doing features and have basically total control on when and if your music comes out. Not to mention they keep like 80% of all the money that comes in. It’s pretty fucked up. … I’m finally ready to put out music I want on my own terms. I have a platform to help launch them and I want them to be able to own their masters as well.” (Variety)

When she’s not grinding new music for the new labe, Bhad has no shame in defending her body goals. The hip-hop artist has stepped forward to put an end to people coming at her over her appearance and being skinny.

BB hit up her Instagram page and didn’t hold back on people coming at her neck. She even referenced her body mass index showing she’s within the appropriate figure based on her height.

The Sunshine State rapper is never one to back down from a challenge. In July 2021, she came forward to deliver a few messages for people ruthlessly coming at her neck.

BB hit up her Instagram Story and didn’t resist in checking folks trying to throw dirt on her name. Her biggest issue stemmed from people throwing hatred over prized possessions.

“I never understood why ppl hate on others about material things or having money there’s enough money in this world for everyone to get what they deserve you just gotta put the time and effort in. Only thing I can tell you is hating on someone ain’t how you do it. And you ain’t gotta get famous to get rich either there’s plenty of ways but hating ain’t one of them.”

Bhabie also had a big problem with people she’s never met before really coming at her.

“Ppl will sit up and argue with me about my own life. You’ve never met me just Bc you see me on the internet don’t mean you know me or my life crazyyyy”

Recently the hip-hop newcomer hit up her Instagram page to serve up a little motivation to haters and fans alike. She credited her teenage grind for getting her to a life of luxury and promised much more to come.

“True definition of self made. I coulda just been a meme I built a life for my self at 13 but it’s still just the beginning!”