Bhad Bhabie recently took to social media and posted a short clip and selfie, which quickly backfired. Fans are now accusing her of blackfishing for the second time. 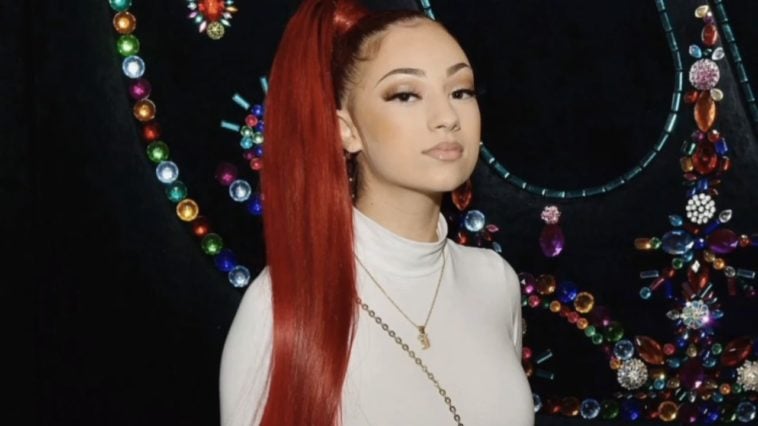 The “catch me outside” girl faced some serious heat on Twitter after posting a new selfie on Instagram. In the new photo and clip, Bhad Bhabie appears to have a darker skin complexion, leading fans to believe she was blackfishing.

“I thought people getting whole new faces was crazy but she went and got a whole new ethnicity,” one Twitter user said.

Bhabie, whose real name is Danielle Bregoli, has been no stranger to the haters and is known for addressing how she feels. In 2020, she even received backlash for blackfishing.

She also clapped back at fans who didn’t appreciate her looks in the past.

The Florida rapper had since deleted the original photo from her Instagram, but not before it circulated the internet. Some people weren’t even surprised by the action, saying, “everybody knows what filters can do.”

Danielle Bregoli aka Bhad Bhabie hopped on the internet with another handful of provocative pictures. She showed off her booty while checking the haters.

In the shots, she’s rocking nothing but a bikini. BB is holding a cup of water and has very long nails. Her hair is red, but Bhabie’s pictures are to shut down those criticizing her petite frame.. 21 Savage’s Immigration Status Could Affect His Appearance At Coachella, Bonnaroo