Grammy-winning rap artist Anderson .Paak is living the dream right now. The hip-hop crooner has stepped up to celebrate securing his very own MTV Video Music Awards Moon Person for his and singer Bruno Mars‘ “Leave the Door Open” smash. 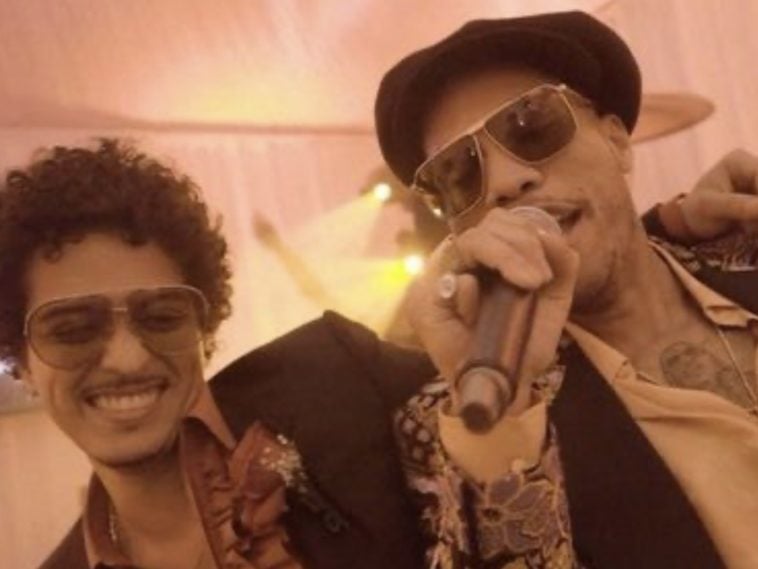 AP hit up his Instagram page to speak out on winning the huge Best R&B category at Sunday night’s ceremony. Despite having competition from Beyoncé, Chris Brown, SZA, H.E.R. and Giveon, .Paak acknowledged becoming victorious along with dishing on how special this achievement is.

“My mind is blown. I’ve wanted a moon man since I was 9 years old. @brunomars and the rest of the amazing team behind Leave the Door Open video worked so damn hard to make sure y’all had the right visuals for a classic song. All the crying cursing blood sweat tears and rum was worth it. Yo B you really never fail to amaze me. I know you didn’t think we had a chance but I knew the fans wouldn’t let us down. Thank you @vmas I think at this point we really are going to start working on this album now!!! LOVE FROM @silksonic“

Earlier this year, the duo pushed to get their hit music even more attention.

In April 2021, the “Bubblin” crooner went to social media to celebrate collabo track “Leave The Door Open” cracking 100 million views on YouTube. The song sat at #3 on the Billboard 100, but .Paakpushed for a number one hit. He urged followers to stream the track and revealed the duo was sipping some Selva Rey rum.