Chris Smalls, the young, black man who beat Amazon union busters, blasted Jeff Bezos and company for maltreatment of their workers at the Senate yesterday. He was joined by Senator Bernie Sanders. 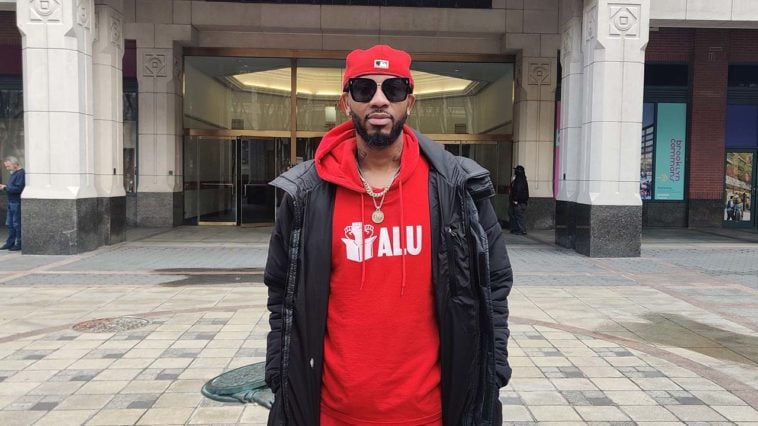 Disappointed that his invitation to have Bezos testify was not accepted, Sanders questioned the Amazon leader.

“Given all your wealth, how much do you need? Why are you doing everything in your power, including breaking the law, to deny Amazon workers the right to join a union so that they can negotiate for better wages, better working conditions and better benefits? How much do you need?” asked Sanders.

Smalls said Amazon has violated labor laws “with impunity,” agreeing with Sanders that the company should not be awarded government contracts.

Vice President Kamala Harris hosted Smalls and other organizers at the White House on Thursday. Reuters reported Amazon, Starbucks and other pro-union workers were there, discussing “their extraordinary efforts to organize unions in their workplaces.”

“We’re here today to inspire,” Smalls said, according to a White House spokesperson. “To send the message to workers around the country that it’s possible to stand up for your rights. We can do it together and I look forward to continuing discussions with the Biden-Harris Administration.”

On Friday, April 1, Amazon employees in Staten Island voted to unionize. This marked the first union success in the company’s history. This is especially epic considering Amazon’s historic union-busting tactics.

According to the Associated Press, 55 percent of warehouse workers voted in favor of unionizing, just enough for the labor union to succeed. Chris Smalls is now the president of the Amazon Labor Union (ALU), which is independent of any national union organization.