More than a week before the 2020 BET Hip-Hop Awards were held, a leading contender emerged for 2021’s Artist of the Year, Album of the Year and Lyricist of the Year. When New York rapper Benny the Butcher dropped Burden of Proof on Oct. 16, it was too late to qualify for the 2020 awards season, but he had a lot of people calling his project the year’s best album. A new star was born.

For starters, he’s 35 years old. Not the typical age for a rap rookie … which is probably because Benny isn’t exactly a newcomer. Although he didn’t make an impression with mainstream audiences until now, Benny has been working toward this for a minute. Burden of Proof is his second studio album, following his debut Tana Talk 3 in 2018.

Like he raps on the song “Legend” from the new album, “They didn’t know me then, bet they checkin’ now / The best player gettin’ drafted in the seventh round.”

Benny the Butcher has gained a lot of new fans and followers over the last few weeks, but he’s still something of a mystery to even his own fan base. Here are some things you might not have known about one of the rap game’s hottest players.

1. Benny The Butcher Is From A Prolific Rap Family

Born Jeremie Damon Pennick on Nov. 27, 1984, in Buffalo, N.Y., the MC known as Benny the Butcher is a first cousin to rappers Westside Gunn and Conway The Machine. Together, they formed the group Griselda along with producer Daringer. Since 2016, Griselda has put out 12 studio albums between their group and solo projects. Benny’s late older brother, Machine Gun Black, was also a rapper; he was killed in a shooting in 2006. 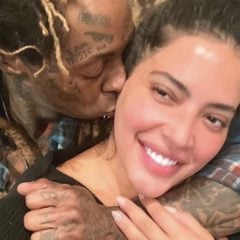 2. Benny Is Also Part Of The Black Soprano Family

In addition to the Griselda collective, Benny the Butcher is aligned with the Black Soprano Family. Benny, Rick Hyde, Heem, LoveBoat Luciano, Jonesy, FlexxBaby, Young World and DJ Shay make up the crew. They recently inked a deal with Entertainment One and dropped a mixtape with DJ Drama. 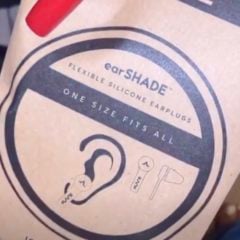 3. Part Of His Rap Name Is An Acronym

“Benny” stands for “Best Ever N New York.” Early in his career he was nicknamed “2 Chain Benny Mane,” and there was some debate over whether Atlanta rapper 2 Chainz lifted his name from the New York MC who was popular on the mixtape scene before this year’s mainstream breakout. Benny the Butcher and 2 Chainz have worked together recently, though, so that could be water under the bridge.

Benny the Butcher has talked openly about how he started selling drugs when he was a teenager. That led to some time in grown-up prison, including a two-year bid from 2011 to 2013 for a probation violation. Benny has said that it was during that federal time that he really dedicated himself to focusing on his music once he was released.

5. Benny Has A Girlfriend

Benny the Butcher is public with his girlfriend, India, who works in the hair industry. India calls herself “The Wig Queen” on Instagram. Her voice can be heard on Benny’s song “5 to 50.” Benny has a teenage daughter from a previous relationship.