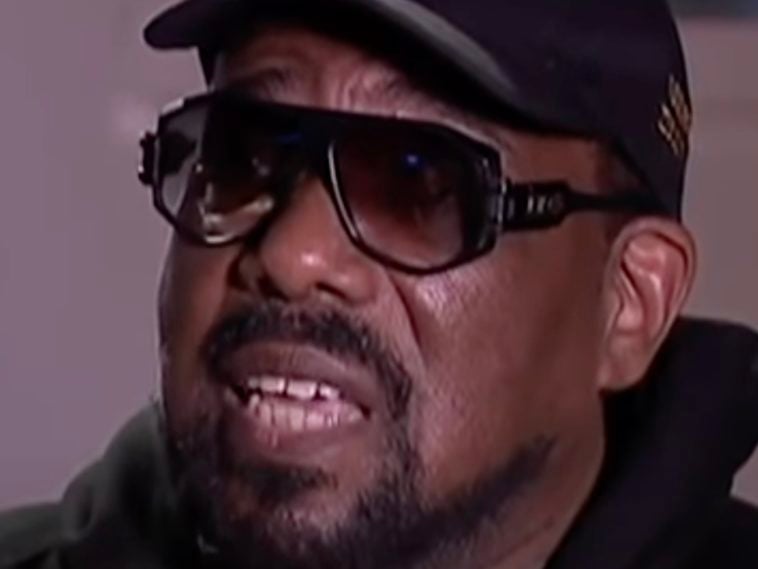 According to reports, Bambaataa was recently served the lawsuit against himself and the Zulu Nation. The claim accuses them of sexually abusing and repeatedly sex trafficking a 12-year-old boy to adults males for profit over the course of four years.

We are the first to report on the suit that was filed in Bronx Supreme Court says one location that the child sexual abuse and child prostitution took place was in Bambaataa’s Bronx River apartment, which doubled as the Zulu Nation Headquarters at 1609 East 174th Street. Bambaataa shared this apartment with Billy “Amid” Henderson, not yet named in the suit. John Doe’s lawyer filed the lawsuit on August 4, 2021, ten days before the August 14th deadline of the Child Victims Act (CVA). (Metropolis)

In July 2016, New York rap veteran KRS-One shared his thoughts on the controversy surrounding hip-hop icon Afrika Bambaataa and why critics should seriously reconsider their interest in the genre.

KRS explained why Bambaataa’s contributions to hip-hop made him iconic despite being recently accused of past child molestation incidents.

In mid-May 2016, Bambaataa denied the graphic sexual accusations. He came forward to question the people accusing him of sexual abuse.

“I never abused nobody. It just sounds crazy to people to say that, hear ‘you abused me.’ You know my thing is you know all my people back then, you know the hundreds of people that been around me. If something like that happened, why you never went to none of them?” (Fox 5)

A week prior, Zulu Nation announced its removal and distance from Afrika.

Bambaataa’s lawyer, Charles Tucker, blasted the decision as a public relations move. Certain members pressured Bambaataa to take some type of public action because they fear funding for Zulu Nation programs will dry up. Zulu Nation said its changes include “providing support for victims of abuse, rape and molestation and working more closely on other social issues existing in communities such as drug addiction, alcoholism and mental health,” the group said. (New York Daily News)

“He’s a f*cking pedophile and this is coming from his former bodyguard,” Lord Shariyf. “Absolutely. This is a well-known fact in the Zulu Nation. In the inner circle. Me being his former bodyguard – there were many instances where I saw young boys in and out of his room – I hope my homebody [name not given] is listening because he was one of those young boys who Bambaataa had come to his house.” (Shot 97)