As Pride Month begins to draw to a close, here’s a round-up of all our Queer Black artists in all their glory as well as all the ways that they are currently thriving. 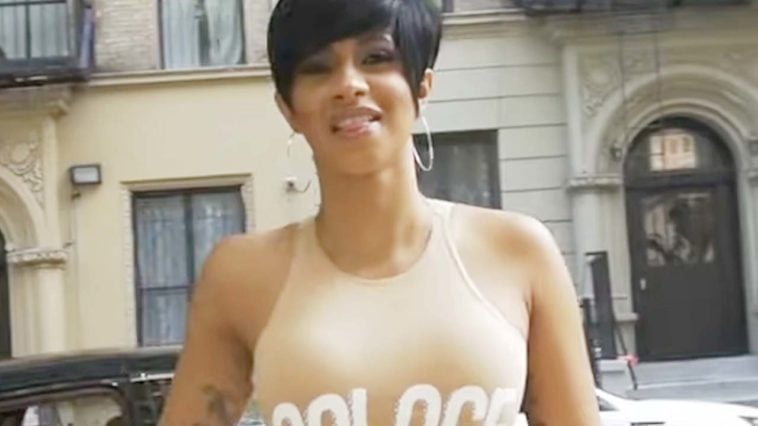 Bisexual baddie Cardi B is currently dominating the industry and has proven herself to be unstoppable at this rate.

The Bronx rapper recently dropped her fourth collab with Reebok on June 17th, with new kicks and limited-edition apparel in adults, kids, and toddler sizes. The collection is available in adult sizes ranging from 2XS to 2XL, priced between $75-$300 for adult sizes and $75-$50 for kids and toddlers.

While Tyler has never officially come out of the closet, he has made numerous direct references in lyrics and interviews to having had same-sex relationships or experiencing same-sex attractions.

His Grammy-winning LP “Call Me If You Get Lost” reclaimed its No. 1 spot, the tour reportedly earned $32.6 million, and he’s got a streaming deal for the tour on Amazon Prime. He has also recently launched the  Summer 2022 collection of the streetwear brand Golf Wang, in addition to a recent collaboration he had with Converse. The launch introduced many reworked motifs, new graphics, and accessories.

In an Instagram live in early 2021, Kehlani has come out as a lesbian. In an interview with Byrdie, they have stated their preference for “they” over “she” because “something feels affirming when people say they” and that “it feels like you really see me.”

Later this summer, the singer will be going on the “Blue Water Road” from July 30 to January 31, 2023. In addition to a tour, fans can preorder limited edition signed boxsets.

Even though Lacy himself is a relatively private person and occasionally posted on social media, and came out as bisexual via several now-deleted Tumblr posts in 2017,  he’s known for his candid and vulnerable music regarding his sexuality and mental health on his debut album “Apollo XXI”

Lacy will be sharing his first new song since 2019, and it’s titled “Mercury.” It’ll also appear on Lacy’s forthcoming sophomore album Gemini Rights, which will be out later in the summer via RCA Records.

The rapper has shared that even though she is comfortable being open about being a lesbian, she doesn’t want it to pigeonhole her as an artist, preferring instead that people focus on her music and how it makes them feel; she told Time in a 2019 interview.

She is a known romantic, and in a recent photo posted to Instagram, Young M.A. showed off her newest relationship with the influencer Kaylah Gooden. The picture shows the two in an intimate embrace, with the caption, “Us on the regular.”

Earlier this year, Janelle Monae confirmed that she identifies as nonbinary, neither male nor female‍, in an episode of Red Table Talk. Though she might not fully identify as a woman, she has made it very clear she will always be in support of women.

“I’m nonbinary, so I just don’t see myself as a woman, solely,” Monae said during the interview as she describes her identity. I feel all of my energy. I feel like God is so much bigger than the ‘he’ or the ‘she.’ If I am from God, I am everything.”

As of late, publisher Harper Voyager had published Monae’s first book, a cyberpunk-themed anthology, in April 2022, The Memory Librarian: And Other Stories From Dirty Computer. A New York Times Bestseller, the book has been described as “exploring how different threads of liberation—queerness, race, gender plurality, and love—become tangled with future possibilities of memory and time in such a totalitarian landscape…and what the costs might be when trying to unravel and weave them into freedoms.”

In addition, she is set to appear in Glass Onion: A Knives Out Mystery, and will be premiering worldwide in late 2022.

Bisexual Houston native Monaleo grew up in Missouri City, Texas. With her younger brother being rapper Yung Rampage, it’s clear that talent runs within the family. Recently, Monaleo worked with Tidal to create a short documentary titled RISING, discussing her creative process and her perspectives on mental health.

When Frank Ocean came out as bisexual in an emotionally vulnerable Tumblr post in 2012, he continued to evolve into a zenith hip-hop and pop culture icon.

As of late, Ocean will be taking on the film industry as he will be writing and directing his debut feature film with A24.

Openly gay and gender non-conforming rapper Saucy Santana rose to fame via Tiktok with several of his songs, such as “Walk,” “Here We Go,” and most famously “Material Gworl,” which blew up on Tik Tok.

In 2019, the “Montero” rapper took to Twitter to come out as gay.  In an interview with Zane Lowe, he credited LGBTQ artists Frank Ocean and Tyler, the Creator as inspirations and for “making it easier for me to be where I am, comfortably,”

On June 17, 2022, Lil Nas X made his single, “Late to the Party” featuring NBA Youngboy available for pre-sale and will be going on his Montero tour for September 2022.