Rapper 50 Cent has called out former The Source magazine owner Benzino for his alleged relationship with transgender model Shauna Brooks. 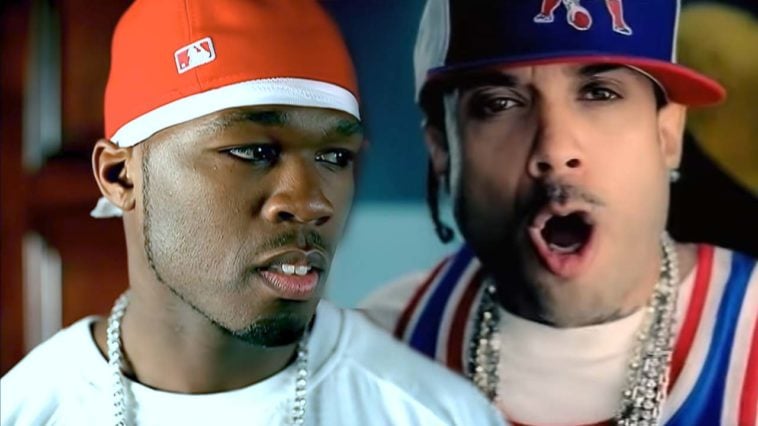 50 Cent Wants Benzino To Live In His Truth

The rapper took to Instagram with a message for Benzino, after transgender model Shauna Brooks secretly recorded a phone call between her and the former magazine owner, and then posted it to her Onlyfans account.

50 Cent posted the video to his Instagram with a message to Benzino:

“Young Buck, Benzino just embrace who you are but don’t pat nobody butt when they score a basket fool. LOL Hahaha, Nah FOREAL! PUNK”

In the video, Benzino is heard explaining to Shauna how being in a relationship with a transgender woman is different for him.

“This is all new to me and I’m trying to be open-minded about it, but then I’m thinking wow this is crazy.”

The voice of Benzino, Shaunna Brooks

Benzino continues, imploring Shauna to understand why he wants to keep their relationship under wraps.

“I’m looking bad, you’re not looking bad Shauna, can’t you get that through your head?  You just look like a chick trying to f*ck with a ni*gga. I’m looking wrong because what the f*ck do I look like trying to mess with a transgender!”

Benzino Claps Back At 50 Cent

In time, Benzino got wind of 50 Cent calling him out about his alleged relationship and had time to clap back at the New York rapper. He took to his Instagram story to respond, pointing out the homosexual themes in the current season of 50’s show, POWER. In the show, the son of a drug queenpin (Mary J. Blige) is homosexual.

“Keep Pushing my buttons boy @50cent you not getting anymore Crap Trap hook ups,” he said. “So 50 Cent wanna clown me for f*cking with the trans community? Someone ask him why Power got gay as hell this season.”

Transgender model Shauna Brooks took to Twitter to explain her side of the story. She claimed her intention was never to ‘out’ anyone.  According to her, she is just over men loving transgender women behind closed doors.

“My intent is NEVER to ‘out’ any1 but MY truth is always T while it’s PAINFUL to relieve PUBLICLY .. I’m TIRED of men LOVING girls like us ONLY behind closed doors & treating us as if we’re disposable whe it’s NO longer convenient. They want you to be their toy on their time.”

Meanwhile, Benzino’s dirty laundry continues to get aired out. Earlier this month, his daughter, rap superstar, Coi Leray revealed in an interview how their family went broke after her father’s hip-hop magazine “The Source” folded.