Miami rapper Rick Ross knows a good money-making opportunity when he sees it. When he found out his mansion in Georgia was sought after for film shoots by Hollywood crews, he charged them millions of dollars.

Rick Ross made headlines a few years ago when he bought the Georgia property that had belonged to boxing legend Evander Holyfield. Now he’s making some of that purchasing price back by charging Hollywood studios almost $3 million to shoot on location. 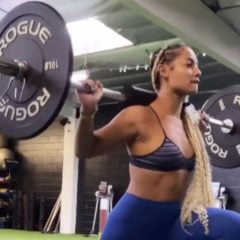 WATCHDaniLeigh Burns Up A Major Sweat W/ Her Workout Goals

Ross is catching serious backlash after an old clip of his appearance on VH1’s Signed re-emerged. People are citing the performances from contestants Just Brittany and Kaiya, in which Kaiya said Ross shut down her performance because he was focused on Brittany’s butt. 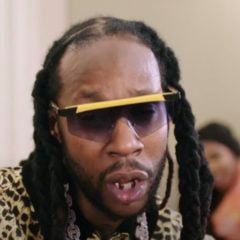 Twitter users have been going off on Rick Ross. He’s drawn comparisons as to being the music version of convicted sexual predator Harvey Weinstein, with many saying while on the show he was too focused on the look rather than the performance.

“Anybody trying to argue against #Colorism should just look at this and shut up. It’s so real. Ain’t NO way @theartistkaiya version didn’t eat the other one. Rick Ross disgusts me.”

“What the actual f*ck is this????? And for The Dream to co-sign Rick Ross’ sh*tty take on that second girl’s clear vocal talents over the first girl is maddening.”

“Rick Ross is the Harvey Weinstein of the music industry and he’s admitted to it. He’s only going to sign a woman to his label if she f**k and s**k him. Plain and simple.”

A lot of hip-hop fans just have to look at the southern rapper, and they’ll think of the late, great Notorious B.I.G. The Grammy-nominated MC has certainly carved his own lane in the game, but he doesn’t mind being linked to the legendary Biggie Smalls. With five No. 1 albums on his resume, Rick Ross has built a Hall of Fame career in his own right. He considers Notorious B.I.G. to be the G.O.A.T., however, which is why he welcomes the comparisons.

Boosie Badazz’s Leg Might Be Amputated After Texas Shooting