One way in which hip-hop is just like sports is that you can always find somebody willing to get into a “G.O.A.T.” debate. (That’s “Greatest Of All Time,” if you didn’t know.) The thing about the G.O.A.T. label is that everyone has their own criteria, something that New York rapper Lloyd Banks dove into recently in an exchange with a fan on social media.

On Twitter, a fan said G-Unit original Lloyd Banks could’ve been “one of the greatest rappers of all time.” Banks laughed at first, then asked what exactly it takes to reach that status. 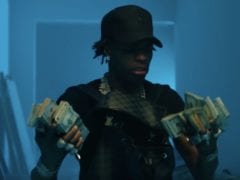 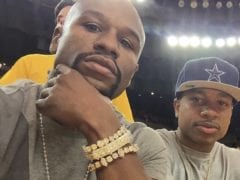 50 Cent will use anything for ammunition in his ongoing feud with Young Buck, which made the Lil Nas X pic that blew up on Instagram Friday night easy pickings. After Lil Nas X showed the world his spot-on Nicki Minaj Halloween costume, 50 used it to take another jab at Buck.

In addition to 50 using Lil Nas to troll Young Buck, he also clowned Lil Nas directly, telling Nicki Minaj to “come get him.” Lil Nas X responded to 50, telling him to mind his own business.