2020 would be the year that gives us beef between a legendary New Orleans rapper and an R&B crooner from Ohio, fighting over politics. That could happen after John Legend called out Lil Wayne for supporting President Donald Trump.

John Legend Suggests Lil Wayne Is In ‘The Sunken Place’

Leading up to Election Day, the politically-outspoken John Legend left no uncertainty which Presidential candidate he supports. Legend performed at Joe Biden‘s final campaign rally on Monday. Legend then spoke, “Some of your former favorite rappers have been taken in by these lies (about Trump). I think they even founded a new supergroup, it’s called The Sunken Place. But Trump’s Platinum Plan for Black folks is nothing but fool’s gold, because you can’t bank on a word he says.” Lil Wayne Got Clowned Across The Internet For Supporting Trump 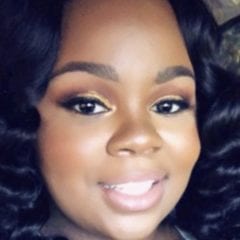