Grammy-winning singer Beyoncé, Meek Mill, Chance The Rapper and more have had enough. The biggest names in the music biz have stepped up to speak out on the violent Nigeria SARS pandemic.

Beyoncé Speaks Out On SARS Crisis

Queen Bey and her mom both went to their Instagram pages with heartfelt statements. Bey said she stood with Nigeria and vowed to help protesters.

Beyoncé’s mom Tina Lawson also came forward to share her statement and to make her own.

“Thanks for quietly researching , identifying vetting , and supporting organizations on the ground that can help support the protesters . Thanks for continuing the work to really have a plan to make a difference not just talking , but doing!!!!” -Tina Lawson’s Instagram 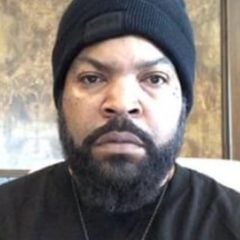 Protesters Shot At By Soldiers

The peaceful protests have turned violent in Nigeria. According to reports, soldiers have shot multiple protesters as the anti-SARS movement has gained more momentum.

Protests against police brutality in Lagos turned bloody on Tuesday despite a state-wide curfew, with eyewitnesses telling CNN that multiple demonstrators have been shot by soldiers. Demonstrators have taken part in daily protests across the country for nearly two weeks over widespread claims of kidnapping, harassment, and extortion by a police unit know as the Special Anti-Robbery Squad (SARS). Tuesday saw the state governor impose a 24-hour curfew and deploy anti-riot police to the city. One witness at the protests, Akinbosola Ogunsanya, said the shooting began after the lights were turned off at the Nigerian city’s Lekki tollgate. “Members of the Nigerian army pulled up on us and they started firing,” he said. “They were shooting, they were firing straight, directly at us, and a lot of people got hit. I just survived, barely.” (CNN)

Despite the police unit recently ending, protests have continued for weeks. The violent treatment toward protesters has sparked responses from United States politicians including former First Lady and senator Hillary Clinton.

Protests over a now-disbanded police unit, the Special Anti-Robbery Squad (Sars), have been taking place for two weeks. The protesters are using the social media hashtag #EndSars to rally crowds. Reacting to Tuesday’s shootings in the wealthy Lekki suburb, former US Secretary of State Hillary Clinton called on President Buhari and the army “to stop killing young #EndSARS protesters”. Former US Vice-President Joe Biden – who is standing against President Donald Trump in next month’s election – also urged authorities to cease the “violent crackdown on protesters”. “The US must stand with Nigerians who are peacefully demonstrating for police reform and seeking an end to corruption in their democracy,” he said in a statement. (BBC)