Singer-songwriter Tone Stith posted a video on Instagram to share that he’s been working on a new project that could be his best work yet. 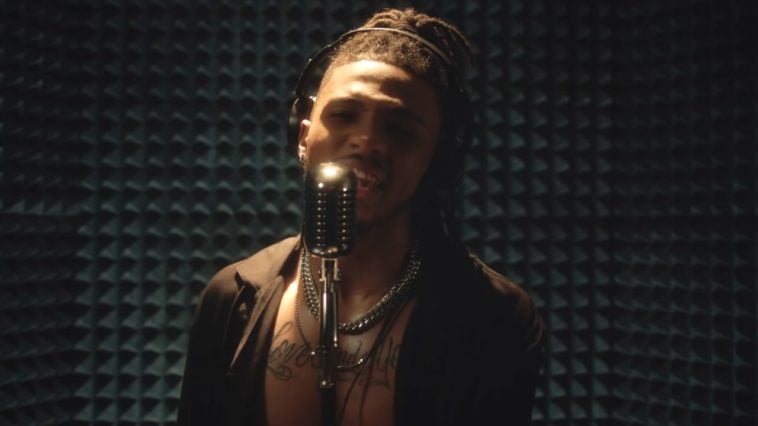 99 Views
Comments Off on Who Is Tone Stith?

Tone Stith took to his Instagram to show his fans that he is currently working on a project and how it could be his best work yet.

This has many people wondering who Tone Stith is.

Antonio Stith is a 23 year old singer songwriter from Marlton, New Jersey, who became interested in music at a young age.

He began playing the drums, and by the time he was a teenager, he learned how to work with production software.

Furthermore, he became a member of a group called SJ3 and got the attention of Jas Prince who was one of the prominent people behind Drake’s rise to stardom.

Eventually, he left the group and pursued a solo career.

The “Can We Talk” artist got his big break in the industry by co-writing songs such as “Make Love” and “Liquor” for Chris Brown on his album Royalty.

He has also worked with artists such as Ty Dolla $ign, Kiana Ledé, and Von.

Stith began as a songwriter before he became an artist. Many songwriters are now making the transition into full-fledged artists.

Artists such as Kirby, Ambré, Sevyn Streeter,  and Muni Long have all taken that leap of faith and have received great praise for their originality and contribution to music.

JID Shares His Rap Journey In New Visualizer For “2007”

In other silent mastermind news, JID served his fans a very interesting visual for one of his latest tracks.

The “Dance Now” rapper posted a video on Instagram that previews a new song and hints at a new documentary.

The track is called “2007,” and it features Dreamville co-founder Ibrahim Hamad, JID’s father, talking about him changing his life with rapping and a closing statement from J.Cole praising JID.

In the YouTube version, the video is JID rapping over a military picture of a family member and a motivational letter written by JID saying how proud he is of his next album.