The girl group FLO is one of the latest acts to blow up out of the British pop scene. This begs the question, who are they? 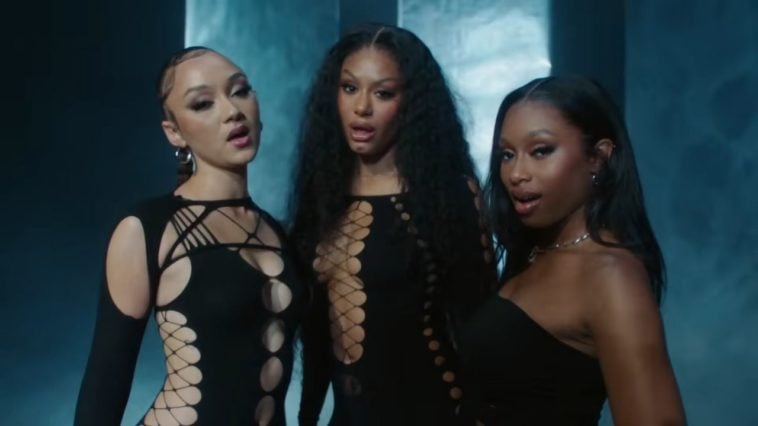 149 Views
Comments Off on Who Is The Emerging British Pop Girl Group FLO?

VEVO’s annual DSCVR Artists To Watch list dropped recently. Among established names such as drill rappers GloRilla and Ice Spice, another name near the top of the list was British pop girl group FLO. At this point, some fans may be wondering who they are.

Formed in 2019, the group consists of Stella Quaresma, Jorja Douglas, and Renée Downer. Stella and Renee met in high school and connected over a shared love of female R&B artists, including Brandy, Whitney Houston, and Mary J. Blige. It wasn’t until meeting Jorja at an audition they became a trio.

The girl group recently graced the digital cover of Essence Magazine’s November issue with the caption “FLO is the Future.” In an interview with content director Nandi Howard, they shared:

“We’ve been working for the past three years, this can’t go wrong. This will go right.”

FLO has signed to Island Records and released their debut single entitled “Cardboard Box” off of their first EP “The Lead.”  With a growing presence on social media thanks to the hot single, and recently starring in an episode of Apple Music’s Up Next series, FLO is a group that’s on the rise.

All members of the quartet: Big Boy, Chulo, Tyvas, and Rocco, are all brothers who have an R&B tone similar to the 2000s. Boy bands were once a national phenomenon but have declined as of late. It may be time for the new generation to have a crew of their own.