Rap crooner Tory Lanez and Chris Brown have come through in a big way. The music pair have delivered their highly-anticipated “Feels” music video to the masses.

Lanez’s new must-see visual features both himself and Chris showing off big powers. While Tory channels his inner Spider-Man, Chris magically flies while crooning to a woman during a performance.

““FEELS” MUSIC VIDEO OUT NOW!!! ME AND @chrisbrownofficial HAVE A BANGER 🔥🔥🔥🔥🔥ONE OF MY FAVORITE ONES TO DATE! ARE YALL READY FOR “PLAYBOY” CAPSULE??!! 😈😈🔥🔥LINK IN BIO ☔️☔️☔️🎥: @christhedirector @luckybastards_inc” 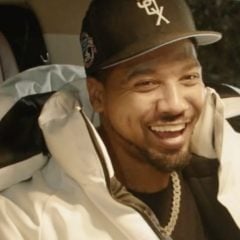 A few days ago, TL went to his Instagram page with the ultimate teaser. Along with previewing a few bars from the record, Lanez said the record would drop Friday. 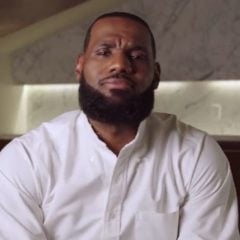 Last weekend, Lanez came through on his highly-anticipated “Big Tipper” music video. Hours after vowing to drop the visual in time for fans’ weekend goals, the Lil Wayne and Melii-featured cinematic thrill ride is now out.

Tory Lanez Gets Called Out By Yung Bleu

The new video rollout came hours after music newcomer Yung Bleu took to social media with a message for the popular crooner. He let it be known he was upset Lanez didn’t “show love” by tagging him or reaching out for remixing his “You’re Mines Still” song.