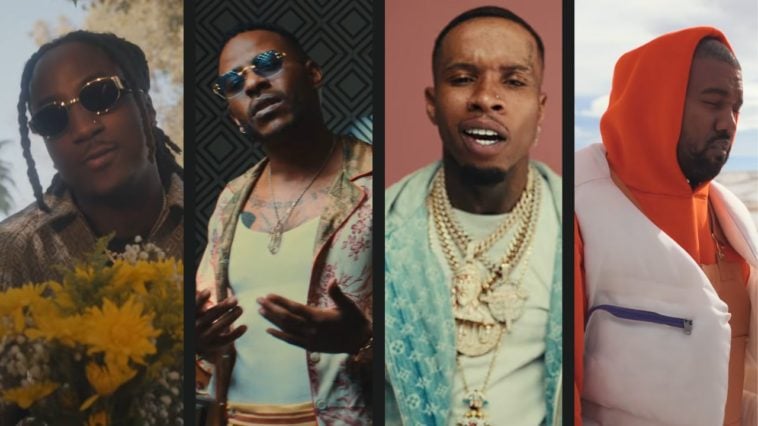 Tory Lanez is notoriously known for the amount of beef he has in the industry.

In response, Bellinger confronted Lanez. However, the beef took a turn when Lanez decided to diss Eric Bellinger, to which he responded.

However, some students were not excited about his performance and took to Twitter to express frustration causing him to back out.

After the dispute, Camp released a diss track about the University titled, “Homecoming.”

Camp explicitly said, “I fuck with Texas, give no fucks ’bout PV”

Keri Hilson suffered a public meltdown in 2013 after dissing Beyoncè and Ciara on the “Turning Me On” Remix.

The Atlanta artist later went on a music hiatus.

In 2018, the late XXXTentacion trolled Canadian rapper Drake by influencing his fans to chant “F*ck Drake” during a live performance.

The beef between Drake and Kanye West is always hard to keep up with.

The two have had an on-again-off-again feud since 2018 after Ye accused Drake of acting like a bully. The two called a truce in 2021 with the help of comedian Dave Chappelle.

If two artists have beef, it’s only fitting that they make diss tracks about each other.

Last month The Game released his much-anticipated album, Drillmatic, and it had social media buzzing.

What stood out to fans is the track titled “The Black Slim Shady,” where he takes shots at Eminem.