Roddy Ricch is gearing up for his new album, though no official release date has been announced; the Compton rapper is set to release a new project this month. 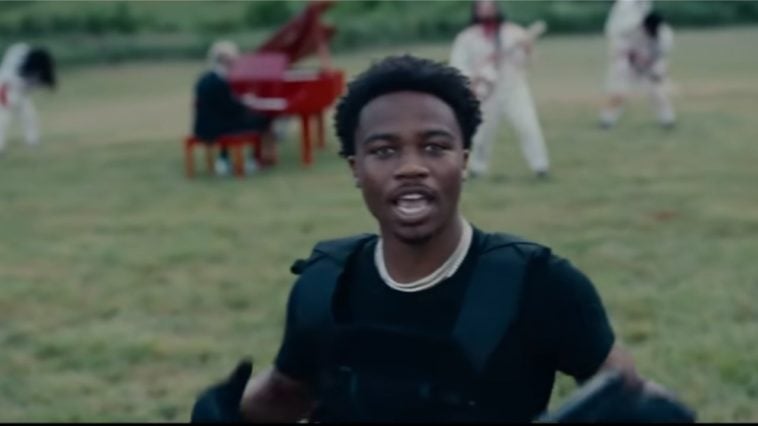 Roddy Ricch had a hectic month after missing his performance at the Governors Ball due to being arrested for gun possession.

The Compton rapper made a triumphant return just in time to make his performance at the legendary Hot 97’s Summer Jam concert and to join Post Malone on tour. It looks like nothing is stopping Ricch. Furthermore, Ricch updated his Instagram profile photo to a piece of sheet with music that hints at a new EP in the works.

In the profile photo, the sheet of music is titled “The Big 3,” with three different lines of music labeled “Real Talk,” “Tootsie’s,” and “No Mop.”

“The Box” rapper keeps dropping hints of new music to fans after he shared a photo with music producer DJ Mustard, who he collaborated with on the hit track “Ballin,” captioning the images with a date: June 24. This will be Roddy’s first project of the new year since his 2021 sophomore album “Live Life Fast.”

Roddy Ricch made a triumphant return to the stage following his arrest in NYC for firearm possession. The California rapper was released just in time for his performance at Hot 97’s Summer Jam concert, and had a special message for the NYPD during his performance. Roddy Ricch is now free after being taken into custody last weekend for gun possession just hours before he was to take the stage at The Governors Ball music festival. NBA YoungBoy Reconciles His Beef With Druski + What Is “Coulda Been Records?”