Last week, it was suspicious pics on social media that hinted Reginae Carter and Atlanta rapper YFN Lucci might be back together. This week, they’re holding hands in public to add fuel to the fire that the on-again, off-again couple is back on.

Reginae Carter + YFN Lucci Back Together?

Lil Wayne‘s daughter Reginae and YFN Lucci broke up in late-2019, after which she said she would never date another rapper. But last week, some Internet detectives concluded that they were on vacation together, and this week the pair were spotted out together showing affection. Reginae also raised eyebrows when she publicly congratulated Lucci on his single “Wet” going gold. 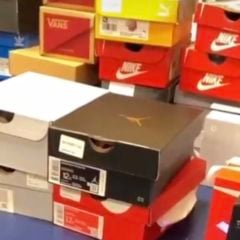 WATCHLil Baby Goes On A Shopping Spree W/ His Son The future of “Love & Hip-Hop” may be playing out right in front of us. Louisiana rapper NBA Youngboy is currently dating Yaya Mayweather (Floyd Mayweather‘s daughter), but boldly declared on a new song that he wants to have a baby with Reginae Carter.

Tory Lanez Gets Attacked By Unexpected Trolls: ‘Bro Who Sent All These’ Trey Songz Has Another Rape Allegation, This Time From 9 Years Ago In Las Vegas