Nas took to Instagram with a dope shot of the African-American Muslim minister. He kept it simple in the caption and didn’t need words to show that he was dishing out a major salute to the great leader, while fans dropped quotes from Malcolm X in the comment section.

“When he walks we watch, when he talks we listen. LEADERS”…I yearn for the days or Malcom and Martin…. 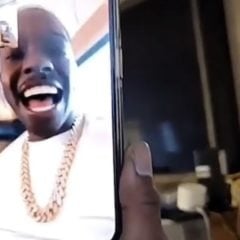 A shocking letter from an ex-police offer surrounding the death of Malcolm X has emerged. The late leader’s family has demanded the reopening of his murder investigation in light of the deathbed note penned by Raymond Wood. Raymond Wood, who was a cop at the time of Malcom X’s 1965 murder, wrote that his responsibility was to ensure the leader’s security team were arrested days before he was shot dead in Manhattan. His daughters have called for the murder case to be opened once more as they claim the FBI and NYPD were involved.

The letter says the New York Police Department (NYPD) and the FBI (Federal Bureau of Investigation) covered up details of the assassination on 21 February 1965 in Harlem’s Audubon Ballroom, Upper Manhattan, according to Wood’s family and their lawyer. Wood alleges that he was tasked with making sure that Malcolm X would have no door security in the building where he was due to speak in public. At a press briefing on Saturday, Wood’s family members provided no details about how and when Raymond Wood died. But they said he did not want to make the letter public until after his death, fearing repercussions from the authorities. (BBC) 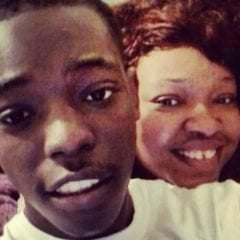 Although 3 men were convicted in his killing, Malcolm X’s daughters aren’t satisfied. The letter alleges the FBI and police covered up important details of his killing, possibly having involvement, per Wood and his lawyers. The details of Wood’s recent death haven’t been made public.

“Three men were convicted of the murder. The men – all members of the Nation of Islam political and religious movement – were each sentenced to life in prison. One of them has since died, while the other two have been paroled.”

Detroit rapper Royce Da 5’9 previously let the words of Malcolm X address the murder of Kentucky Black woman Breonna Taylor. The hip-hop veteran came forward in September 2020 on Instagram with strong words about the lack of respect and protection Black women in America experience. Instead of leaving his own caption, Royce allowed X’s powerful words deliver a hard-hitting message. The IG post came after a Kentucky grand jury decided not to indict the three officers responsible for killing Breonna in March 2020.