Grammy-winning rapper Lil Nas X has fans of both his music and the NFL excited. As anticipation builds for the Super Bowl going down in Tampa Bay this Sunday, a new commercial featuring the “Old Town Road” hitmaker has dropped.

In Logitech’s new ad, Lil Nas X gives game on breaking boundaries and never stopping the hustle. In the background, though, they also preview unreleased track “Montero (Call Me by Your Name)”.

“We stand there in defiance. We the makers, we the groundbreakers, we the creators, the screamers, the dreamers. We defy expectations, perceptions and misconceptions.” 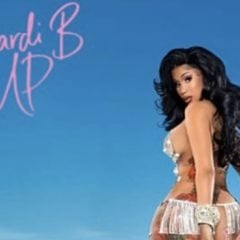 Lil Nas X recently had 14 million reasons to smile. The hip-hop star came forward to react to his “Old Town Road” remix making history as the most certified song in music history. X went to his Instagram page to geek out over the rare achievement. The post even sparked a major co-sign from Top Dawg Entertainment’s SZA.

Lil Nas X Had Enough Of The Rioters

A few weeks ago, X made headlines after sharing his thoughts on the publicized Washington, DC riots and mobs. X playfully joked about nearly coming to the rescue for the Capitol’s law enforcement.

Lil Nas X’s social media nemesis, New York rap mogul 50 Cent, was on the same page with X as far as being shocked at what he was seeing in D.C. Fifty shared snapshots from Wednesday’s chaos.