Two of Chicago’s finest may be working together. Windy City rapper Lil Durk and Grammy-winning producer Kanye West were spotted together in a photo that recently made the social media rounds, sparking speculation that a collaboration is coming.

Kanye West has been a bit preoccupied lately with politics and family issues, but he’s still the first name that comes to mind for a lot of people when talking about Chicago hip-hop. Meanwhile, Lil Durk is the hottest name in the Chi-town rap game, with his latest album The Voice currently contending for a top spot on the Billboard charts. Could they be joining forces for a new project? 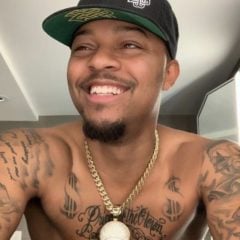 Durkio went all out for Yeezy fans around the world. The hip-hop star has delivered a must-see new “Kanye Krazy” music video where he reenacts some of Kanye’s most unforgettable career moments. NEWSMeek Mill Turns Up W/ Cardi B, Offset + Sports Icons At Super Bowl LV: “How Many Goats You See In This Pic”

Despite Tekashi 6ix9ine‘s best trolling efforts, Lil Durk’s new album The Voice looks like a hit. Tekashi has clowned Durk for the album allegedly not selling well, but the evidence says otherwise.

Summer Walker Breaks Up With Boyfriend + Who Is Lvrd Pharoh?