Chicago rapper Lil Durk is giving himself the ultimate title. The Midwest rap star went onto social media to let followers know he’s putting respect on his name as the JAY-Z of Chi-town.

Durkio took to Instagram with a simple message. He recreated a picture of Hov clutching a literal armful of bottles and made his message clear in the caption that he was the Chicago version of JAY-Z. Hip-hop and R&B fans can rejoice a little. Lil Durk, Mulatto and Future recently upped their feature game as well linked up for a remix of Young Thug and Chris Brown‘s “Go Crazy” anthem. The triad of artists hopped on Chris and Thug’s “Go Crazy” remix. The song was originally released on their 2020 collaboration album Slime & B, which had 13 tracks and a whole plethora of other dope features. 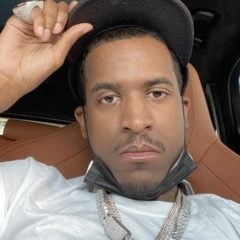 Grammy-winning rapper Lil Wayne recently showed Lil Durk big love. The hip-hop superstar recently lit up social media with a major co-sign for his newly released “Kanye Krazy” music video. Weezy F. Baby went to Instagram with a rare salute to the Chicago rap artist. Wayne shared a snapshot of one scene showing Durk surrounded by vixen and called it nothing short than a masterpiece.

A few weeks ago, Durk blew fans away with his “Kanye Krazy” music video premiere. The visual celebrates some of rap star Kanye West‘s most memorable – and cringe – career moments. Lil Wayne – All The Dogs (Audio)