Atlanta rapper Lil Baby is here with all the support. The rap superstar reportedly hosted a birthday party for the daughter of slain Black man George Floyd.

Lil Baby reportedly held a get together for Gianna Floyd. He went to his Instagram Story with footage and pictures of the gathering have also emerged. The fight for justice in the murder of Floyd remains an uphill battle. A Hennepin County judge recently removed a third-degree murder charge against ex-Minneapolis cop Derek Chauvin in the slaying of Floyd but denied the defendant’s request to dismiss two other charges against him. 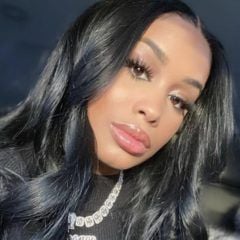 JAY-Z Spotted On Beach Working Out W/ Group Of People