Kodak Black has declared that he is smitten by a  mystery woman who he semi-revealed in pictures on his social media. 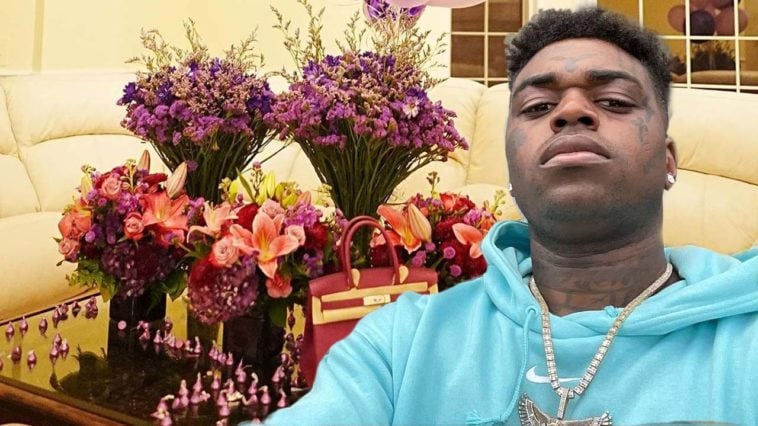 220 Views
Comments Off on Kodak Black Says He Has A New Boo…shhhhhhhhh!

Yak says he’s no longer a free agent, after taking to Instagram to semi-show off a new boo. The Florida rapper can be seen in several photos with a mystery woman and fans want to know who is the secret bae.

The “Super Gremlin” rapper tried to go incognito by covering up her face with emojis.  Now fans are launching a full-on amateur sleuth investigation into the leading lady.

The two can be seen hugged up and all smiles as they enjoyed a night out in a club-like setting.  The woman is sporting a medium bob cut with a center part.  She is dressed in a brown bodysuit and black high boots – what keen eyes have identified as the “bottle girl” costume.

It’s the caption that sent fans into a frenzy, with Kodak saying: “ So You Wanna Fall For The Bad Guy ???”

Could Yak have given his heart to a bottle girl or is it just flicks to fan the flames?

Kodak Denies Demanding Sex For A Feature On Latto’s Album

Kodak hasn’t had too much luck with the ladies this year. Earlier, the “Purple Stamps” rapper had to come forward publicly to clear his good name.  Yak put an end to any speculation that he was the male rapper rumored to have demanded sex from Georgia rapper, Latto, in exchange for a feature on her album, 777.