Rap boss Kanye West and entertainment mogul Kim Kardashian are really going their separate ways. New reports have revealed that the two aren’t even on speaking terms, never mind sticking out their marriage. Kanye reportedly changed all of his phone numbers and told Kim K that if she needs to contact him, to hit his security’s line. Yeezy has cut off all communication from Kim and the Kardashian clan as well. 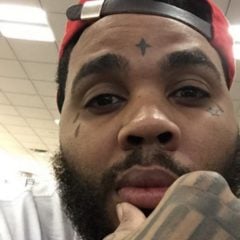 Between a high-profile divorce and some major fashion collaborations, fans of Kanye West might be worried that the iconic hitmaker is too busy to drop new music. But there’s no need to worry about ‘Ye, says G.O.O.D. Music artist CyHi The Prynce. Kanye West’s last studio album was 2019’s Jesus Is King. The Grammy winner was set to drop another project last summer, titled Donda, but it was delayed amid Ye run for President, among other things. CyHi The Prynce said in a recent interview that the album is still coming despite Kanye’s complicated life outside the booth.

Yeezy can’t really catch a break. It seems like everybody is coming at him, as a former bodyguard will reportedly attempt to expose all the tea in an upcoming documentary. Former NYPD officer, one-time bodyguard, and Chippendales dancer Steve Stanulis will head to Hollywood with a documentary about Kanye.

The hip-hop and fashion mogul is a true artist. Whether it’s music, clothes or shoes, it seems everything he produces creates a love-hate divide among the public. Kanye’s new Yeezy shoe release is no different. The Internet was buzzing when the legendary hitmaker dropped his new Cloud White Yeezy 450 kicks from adidas. While a lot of people had jokes and slammed the $200 shoes for their design, a lot of people also had to have them; the Yeezys reportedly sold out online in just one minute.