Atlanta rapper Jeezy knows we’re just days away from his coming through on new tunes. The hip-hop star has delivered the artwork to his upcoming The Recession 2 album.

The Snowman went to his Instagram page to share the must-see cover. The artwork features Jeezy standing solo, leaned up against a vintage car and looking dapper with black and gray attire on. According to a new Def Jam Recordings press release, the Snowman will play a key role in helping the iconic record label while also putting out his new music. The duties will range from advising on A&R and new signings to artist development.

Jay ‘JEEZY’ Jenkins, the Grammy®-nominated multi-platinum rap superstar, entrepreneur, philanthropist and media multi-hyphenate has signed a multi-faceted contract with Def Jam Recordings which includes new and future Jeezy album releases, as well as a consultancy with the legendary label he has called home since 2005. The move was announced today by Def Jam interim Chairman & CEO, Jeff Harleston. In his new role, Jenkins will serve Senior Advisor to the Chairman on matters related to A&R and Artist Development. Jenkins will bring over twenty years of music-industry experience and entrepreneurship to bear on recruitment and development of talent, A&R duties, and more.

The Atlanta native has since issued a statement to confirm his power move.

“It’s an honor to return to the label I’ve called home for 15 years, not only as an artist, but as an executive,” said Jeezy. “I spent most of my career learning from  trial and error, I am happy to say that I am back on the team that helped me build my legacy from the streets to the boardroom and nothing makes me more fulfilled than being in a position to help guide and add value to the next generation.” 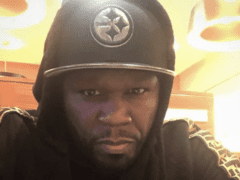 The Recession 2 Album Is Coming

The Def Jam news follows a big announcement Jeezy made earlier the same week. While slim on the words, Jeezy allowed a cinematic trailer to do all the talking with his official The Recession 2 album reveal.

In the coming days, Jeezy will put his classics up against a former rap rival. Both the Snowman and fellow Atlanta native Gucci Mane will meet face-to-face for a music showdown.