Jay-Z and Meek Mill may no longer be on the same label. Still, HOV’s latest verse proves there’s no bad blood. 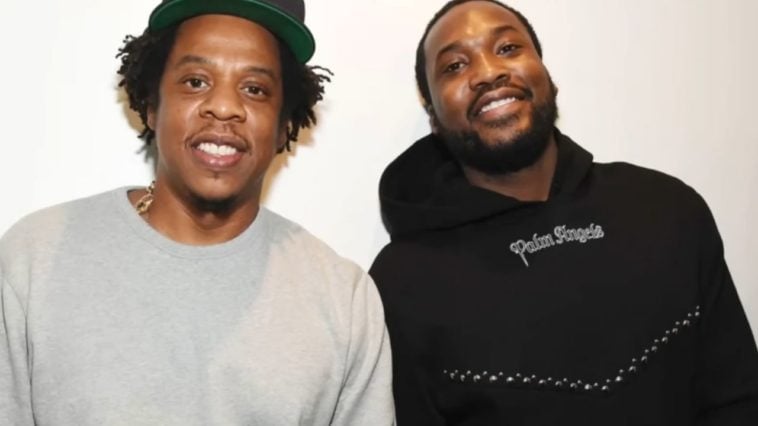 Meek Mill has left Jay-Z’s Roc Nation, leaving many to suspect around hip-hop that there is secret beef between the two.

In a tweet back in July, the Philadelphia rapper announced that he was leaving Roc Nation and starting new personal business ventures.

Jay-Z has featured on DJ Khaled’s new album GOD DID, and he is on the album’s title track. In his verse, he raps about the perceived beef.

“Me and Meek could never beef, I freed that n*gga from a whole bid”

It references the 2018 Free Meek campaign to release Meek from prison. Jay-Z spent millions of dollars on the campaign and wrote an op-ed in the New York Times about it.

In July, Jay-Z sat down with comedian Kevin Hart on his show Hart to Heart.

He asked Jay-Z if he felt his rap career would end soon.

“I don’t know what happens next. I’m not making any music or making albums or plans to make an album, but I never want to say I’m retired, and who am I to shut it off?

If he does retire, his resume is stacked with a three-decade career and 13 studio albums. Lil Uzi Vert Is Younger Than We All Thought