Atlanta rap star Future is enjoying an island vacation with his girlfriend, hip-hop artist and model Dess Dior. In between five-star meals, fancy drinks and lounging on the beach, the couple took a moment to hit the #JuneBugChallenge.

A tropical getaway for Future and Dess Dior doesn’t mean they’re cut off from social media and the rest of society. They used the baecation setting to shoot a creative #JuneBugChallenge video. 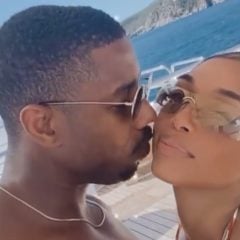 Future Says He Won’t Rat, Even For God

Future has mastered the art of cryptic social media posts with hidden messages. But when he resurfaced on Instagram recently with a post about snitching, he made it crystal clear where he stands on the issue.

“If god told me to rat on my twin to get into heaven I guess I’m going too HELL.” 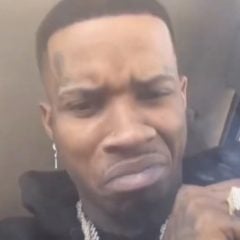 It’s no surprise that Future’s post drew mixed reactions. A lot of people couldn’t believe anyone would stick to the street code so hard.

“Future said he wouldn’t snitch if God told him so shidd I’m giving up the whole operation. You can go be tough in hell.”

Larsa Pippen Clears The Air On Comments About Future

Model and Kim Kardashian friend Larsa Pippen is stirring up controversy once more. After speaking about her casual relationship with Future this week, she’s cleared up her words.