Grammy nominee Fat Joe was asked if he would be down for a Verzuz with LL Cool J. Explaining that he couldn’t compete with his rap idol, Joe said the ideal battle for himself would be against 50 Cent. For LL, there are similarly big names in mind. Drake knows his R&B music; he’s something of a crooner himself. Drake recently hit up super-producer Timbaland to bring Usher and Justin Timberlake together for an epic Verzuz battle. 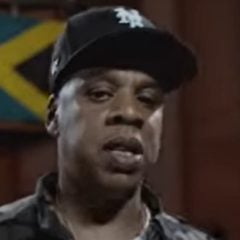 “A NEW RECORD WAS SET!!!!! With a total of 6 million Instagram live users 1.2 at one time!!! With over 8.1 MILLION PEOPLE TOTAL!!!! Thank you so much to everyone that tuned in and supported us throughout the cancellations and postponements we appreciate you 🙏🏽❤️ GO STREAM MY NEW SINGLE 2:35 (I want you) NOW!!!🔥🔥🔥 @verzuztv @applemusic @therealswizzz @timbaland @keyshiacole” 2 Chainz Loses One Of His Idols: “My OG Passed Away On Me Mannnn”