Detriot rapper Eminem is respecting the greats. In a recent interview, he spoke up on who he views as some of the greatest hip-hop legends ever.

Eminem spoke on Apple Music about who all he thinks is deserving of the GOAT title. Slim Shady named some of the best emcees ever and put respect on all of their names.

“I rap to be the best rapper, but I’m not the only rapper who raps to be the best rapper. Wayne, Cole, Kendrick, Joyner Lucas. They rap to be the best rapper and I feel like when you push yourself like that, that’s what I feel like inspires greatness. But the list, man, sometimes you almost have to go by era. Tupac, I feel like rappers like Rakim, G Rap, Kane, Treach, Pharoahe Monch, KRS-One would drive some new sh*t, it just outdid whatever was before that. And then along comes Rakim and he outdoes that. And then along comes G Rap and he starts outdoing everyone else. Redman — Redman was, to me, one of the most consistent artists. Still rapping to this day, he’s one of the most consistently dope rappers. Sometimes I got to go back to and remember how great some rappers were, right? Heavy D. RIP to Heavy D, man. I have nothing but the utmost respect for that dude. And he was one of the most underrated rappers to me because he was like a chameleon because he could get on a song with Treach and keep up.” 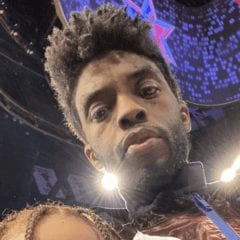 LOOKRest In Peace: 20 Shocking Deaths Of ’20 From Pop Smoke To Chadwick Boseman

Fellow Detroit rapper Royce da 5’9″ is here to defend his friend. After Em caught disrespect courtesy of rap troll Lil Pump, he went online to let his thoughts on the matter be heard. Royce took to his Instagram to diss Pump. He dropped some hilariously disrespectful words and took a few major shots at him, as well as saying he wanted to slap Pump fir being disrespectful.

“I’ll slap them glasses so far off his face, they’ll land in a whole nother genre … Not cuz I’m mad just cuz I’m exhausted with all the tuff talk from all these harlemess creatures … Enjoy yourself. You actually m make money off blatant misappropriation while not being really good at anything …” 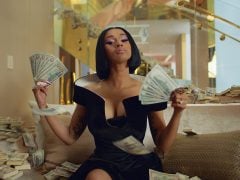 NEWSCardi B Flashes Back To When She ‘Only’ Had 283,000 Instagram Followers

The Florida rapper might have just pushed the limit on possible clout-chasing. After creating a buzz for himself by publicly endorsing Donald Trump last month, the South Beach rap artist has invited more controversy by dissing a hip-hop icon in Eminem.

Slim Shady is the talk of the rap world after dropping his new Music to Be Murdered By – Side B album last week. Right on schedule, Lil Pump popped up on Instagram this week to make himself heard by sending some direct shade aimed at Slim Shady.

Will Eminem Respond To Lil Pump?

Prevailing opinion among hip-hop fans seems to be that Lil Pump is trying to get a rise out of Eminem. If Em responds with a diss to Pump, that only keeps Pump’s name in the headlines.

“MFW @lilpump disses @Eminem out of nowhere in hopes of a diss track to boost his relevance.”