On June 14th, Dupre Kelly -perhaps better known by his rap alter ego, DoItAll– won a seat in the New Jersey city council in a runoff election. The results hit home hard for Kelly as not only is he a Newark native, but he’s also breaking ground as the nation’s first rapper to be elected to a public office. 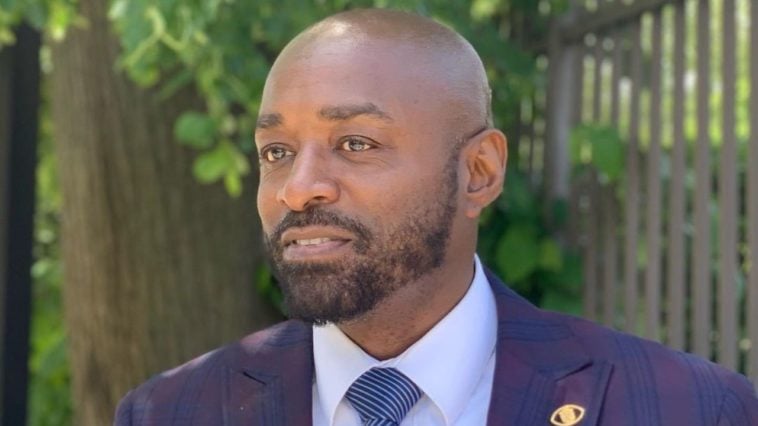 The acclaimed platinum record-selling artist declared his victory against Chigozie Onyema on Instagram, sharing a video of Wu Tang’s very own Redman taking to the streets to promote his campaign. He said, “My brother @redmangilla Was willing to get hit by the 31 bus to make sure the people in the WestWard knew who to vote for! Thank you West Ward for making me DupréKELLY your new Councilman.”

As one-third of the Lords of the Underground, the group topped charts back in the 1990s with hits like “Chief Rocka” and Keepers of the Funk being all the rage. The trio are still together to this day and have amassed worldwide adoration from the Netherlands to Germany.

DoItAll initially announced he is running for Newark councilman-at-large as far back as September 2017. He would go on to run in 2018 but was bested by Board Chairman of the Newark Housing Authority Eddie Osbourne.

Despite the defeat, the Lords of the Underground member was still actively engaged in improving his old neighborhood. As the co-founder of a nonprofit organization called 211 Community Impact, he helps provide resources for school programs and access to information on public policy.

The World Is Not Yours

Scarface, on the other hand, might have had his mind playing tricks on him. The famed former
member of the Geto Boys announced his run for city councilman back in 2019. Scarface- whose
real name is Brad Jones- decided to throw his hat in the ring on a whim.

As he persisted, his campaign began to gain traction.

By Election Day, Jones wound up taking second place with Dr. Carolyn Evans-Shabazz, a local teacher and Executive Committee member of the NAACP’s Houston division, winning the councilman seat. According to Ballotpedia, Shabazz won with 11,938 votes to Jones’ 7,267.