Chicago rapper Dreezy might be throwing a little shade. The hip-hop artist went online to show off her stunning look and perhaps send a message to recently controversial R&B singer DaniLeigh.

Dreezy took to Instagram to show how she was slaying and either drop a little shade or love in her caption. She switched up the lyrics to DL’s unreleased “Yellow Bone” and remarked “Melanin that’s what he want” with a lips emoji. DaniLeigh went to her own Instagram Story to send love to Dreezy, although some think she didn’t understand that she was getting shaded.

“Caption and ain’t nothing wrong with thattttt @dreezy” 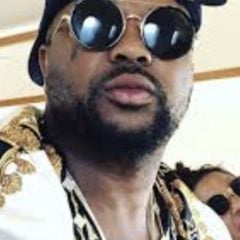 The music crooner is apparently genuinely sorry. After drawing a whole lot of controversy with a track she recently previewed, she’s come out and apologized in a lengthy video. DaniLeigh took to Instagram with her apologetic words. She let her thoughts be known about the “Yellow Bone” track that went viral and that she meant no harm to anybody. Dani originally apologized on Twitter, including in a now-deleted tweet that she can’t be canceled.

“Congratulations y’all gotta another thing to say about me when u hate … 👍🏽 it’s all good .. only God can “cancel”me… that sh*t don’t mean sh*t to me bc the people around me are the ones that know my heart and intention and real life … I’m sorry if I offended u .” – DaniLeigh

Dani didn’t hold back and kept things 100 with her apology. She even referenced her romantic relationship with her dark-skinned boyfriend DaBaby.

“I think people twisted it into thinking, like, I’m trying to bash another woman, another skin tone, that was never my intention. I wasn’t brought up like that, I never looked at my skin as a privilege. I never looked at me as ‘I’m better than somebody because of my skin tone. I see brown skin women flaunt their skin all the time in music, why can’t I talk about mine? If you look at me, I’m light-skinned, I’m a yellow bone. In my opinion, that’s just what I am. So, it wasn’t something that I looked at so deeply. Which, I can see why people will take it deeply, so I understand and I’m sorry that I wasn’t sensitive to the topic when I wrote my comment ‘why are you guys taking so personal?’ Because, it can be a personal thing to certain people, because colorist is a real thing so I do get it. But I’m not that. I’m not a colorist. I’m not a racist. I date a whole chocolate man. I have beautiful dark-skinned friends.” 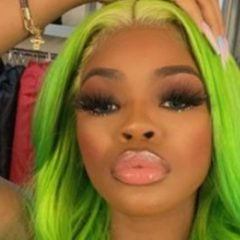 NEWSCity Girls’ JT Keeps It 100 On Nicki Minaj Beef Question: “I Love Her”

DL was facing a whole lot of criticism and dealt with it by hopping off the Internet – but then coming right back. After catching heat and being accused of colorism for singing “yellow bone is what he wants” while previewing an unreleased song titled “Yellow Bone,” she deleted her Twitter account. She didn’t ditch it in time though, having tweeted out results of her ancestry before taking her account down. DaniLeigh has since come back online.