New York rapper Conway The Machine knows just what fans want. The Griselda group member went online to get everybody hyped up and preview a potential upcoming collaboration tape.

Conway The Machine responded on Twitter to a fan asking for a project with fellow Griselda rap star Benny The Butcher in the simplest way. He let it be known it was coming soon and dropped a few emojis. 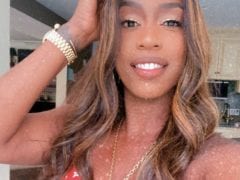 Recently, Conway went total troll mode and responded to a rumor about him working with hip-hop legend Eminem and veteran producer The Alchemist. He low-key dispelled the rumor though and used the responses from fans as some entertainment.

“I’m just here for the comments”

Conway The Machine is hyped about his new projects. In late January 2021 he hinted on social media he has at least two albums dropping this year, then he revealed the official release date and cover art for his collaboration album with Big Ghost LTD. The joint album from Conway The Machine and Big Ghost LTD, which dropped Feb. 5, is called If It Bleeds It Can Be Killed. It’s their second project together after last year’s No One Mourns The Wicked. Ghost also produced Griselda Ghost, a mixtape by Conway and Westside Gunn.

Conway The Machine had one of this year’s most anticipated new albums, marking his debut with Eminem’s Shady Records. Before that one dropped, however, the Griselda member said he’d be releasing another album soon. He hasn’t quite followed up on his word, although God Don’t Make Mistakes is rumored to be released sometime this year.