On Monday, July 4, as almost every US city celebrated America’s independence day, a tragic mass shooting happened during the parade at Highland Park in Chicago at about 10:14 a.m. CT. 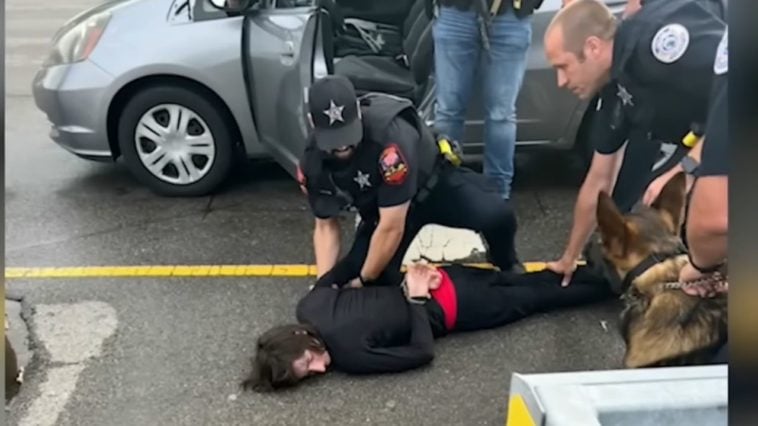 On Independence day, which should have been celebrated with joy, a mass shooting tragedy happened during the Fourth of July Parade at Chicago Highland Park, leaving seven people have died and more than 40 injured.

According to NBC Chicago, Larry Bloom, a witness of the shooting, said that the public thought the “popping” sound of the gunfire was part of the parade:

“You heard like a ‘pop, pop, pop,’ said Bloom, “and I think everybody kinda thought maybe it was a display on one of the floats and then it just opened up.”

After people realized that it was real gunshots rather than the fireworks or displays on floats, they became frightened and started to flee.

“I was screaming and people were screaming,” Bloom said. “They were panicking and they were just scattering and I, you know, we didn’t know. You know, it was right on top of us.”

Xochil Toledo and her family thought it was a part of the parade as well. It was already too late when they were finally aware of the shooting.

After countless hours of a search, the suspect, Robert “Bobby” E. Crimo III, was taken into custody on Monday night.

According to the authorities, this 21-year-old young man was the only suspect and had planned for the shooting for several weeks.

During the shooting, he disguised himself as a woman with a wig to hide his identity. Holding a high-powered rifle, he fired at the crowd from the roof for more than 70 shots. While people were fleeing, he blended into the crowd and went to his mother’s house.

Highland Park Mayor Nancy Rotering told NPR’s Morning Edition that the suspect violated the local laws by bringing the weapon into the city because Highland Park has become one of the first areas to pass a weapon ban since 2013.

This young man was an amateur rapper named Awake the Rapper. He used to create and post music videos online which contained ominous lyrics and animated scenes of gun violence.

There was one video called “Are You Awake,” in which a cartoon animated shooter looked very similar to the shooter’s appearance, with tactical gear and a rifle.

Also, another video, “Toy Soldier,” depicted a suspect-like figure lying face down on the floor in a pool of his blood, surrounded by police with guns.

The suspect’s uncle, Paul A. Crimo, stated that he did not find any signs that his nephew would do the shooting, and he had never seen the young suspect engaged in any violence-related behaviors.

“Everything was as normal,” he said. “He’s usually on his own. He’s a lonely, quiet person. He keeps everything to himself.”

On June 22, 22-year-old rapper Lil Tjay, Tione Merritt, was shot in the morning at the Promenade shopping center in Edgewood, New Jersey.

The shooting happened at two locations and involved a second victim who had not been named.

The first location was a Chipotle restaurant, and the second was an Exxon gas station.