New York rapper Cardi B is not pregnant. Some fans initially wondered this after a recent Instagram post she made showing her husband Offset appearing to place his hands on her tummy except she’s come out to clear the air.

Cardi B Hilariously Clears Up Any Pregnancy Rumors

Cardi took to Twitter with a hilarious message. She let it be known she does not have another baby on the way and her Instagram post was just a “sexy mission fail” of her boo Offset grabbing her booty.

“Not me posting a picture on IG of Set grabbing my a** cheek and people in the comments thinking he touching a pregnant belly….Sexy mission fail” – Cardi B’s Twitter 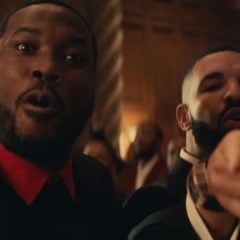 Social media originally erupted after Cardi B’s post. Fans took to Twitter with speculation and rumors about if she had a baby on the way or not.

Cardi has zip-zero problems showcasing her love for husband. The hip-hop heavyweight initially went to her social media pages with a super gushy shot of her king grabbing a handful of her booty.

“Can’t wait to get home ….HornyHyena”

A few weeks ago, the Georgia native went to his Instagram page with a priceless shot of himself. The pic featured him matching with the color of his born day gift from Cardi B and kicking out some motivation to his followers.

Days prior, Offset shared footage of himself losing his mind after Cardi surprised him with his whip.