Brent Faiyaz is making his way to the music scene with a new upcoming album. Not only did this surprising announcement send fans into a frenzy, but the impressive featured artist list was the cherry on top. 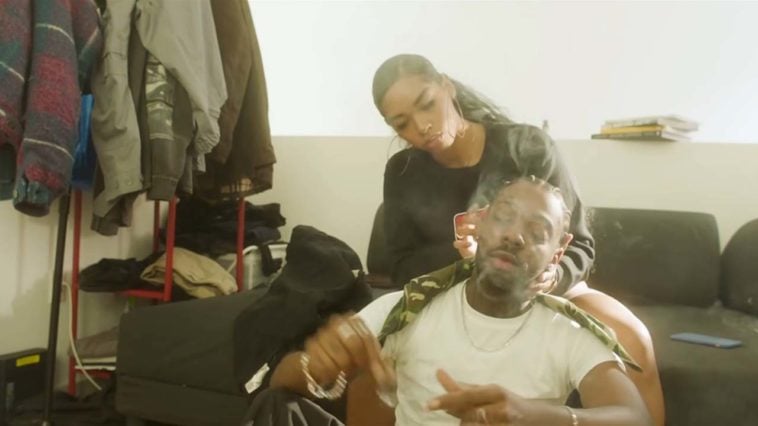 The announcement included a black and white, noir-esque style album trailer. Faiyaz can be seen hopping out of a black car, smoking on the hood, while an individual spray paints the letter ‘W’ on a wall. The trailer didn’t stop there; it revealed an insane list of featured artists and producers set to appear on the project. Raphael Saadiq, Alicia Keys, The Dream, Drake, The Neptunes, and Tyler, the Creator were some of many mentioned.

Though Faiyaz released a video to hit single “Let Me Know” earlier this year, “Wasteland” will be the Maryland artist’s newest project since his 2020 EP “Fuck The World.”

Following his EP,  Brent Faiyaz collaborated with some of the biggest names in hip-hop, most recently with his song “Wasting Time,” featuring Drake, produced by Pharrell Williams and was also one of the many artists featured on Baby Keem’s album “Melodic Blue.”

No album release date has been announced, but many fans are hoping Faiyaz’s new project is released just in time for summer. One fan wrote:

“Wooo we finna be LIt this summer.”

Summertime is the best time for a new album and Chris Brown got the memo. Brown’s 10th studio album is set to be released this month. The singer graced fans with what they can expect from the new album, including featured artists and photos of the official album cover. Adding to his list of projects set to blaze this summer, Chris Brown dropped more details about his anticipated 10th studio album, “Breezy.”

In the black and white photo posted to his Instagram, the eclectic cover art shows a closeup shot of the back of CB’s head, with the album title, cut into his hair in OG font. The caption read:

The “No Guidance” singer didn’t stop there. He then took to his Instagram story to drop names of artists appearing on the anticipated album. Some features include Fivio Foreign, Blxst, H.E.R, Lil Wayne, Tory Lanez, Ella Mai, and Anderson PAAK.