Chicago rap star King Von is fighting for his life. The hip-hop heavyweight was reportedly shot last night and transferred to the hospital after an altercation with another rapper’s entourage.

King Von has been confirmed dead by record producer ChopsquadDJ. He was 26 years old.

A fight broke out with Quando Rondo’s people at a nightclub that resulted in gunshots being fired. King Von was hit and is now in critical condition. 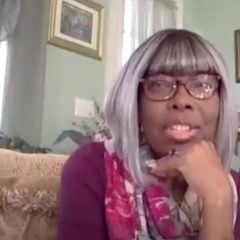 NEWSNotorious B.I.G.’s Mom Imagines What Biggie Would Be Like In 2020

An unknown amount of other people were also injured. Tragically, two involved have already been declared dead.

King Von isn’t giving anybody a pass for associating with a snitch. Von made that crystal clear when he said he’ll “never forgive” Akon for doing a song with Tekashi 6ix9ine after Tek infamously cooperated with authorities. Since getting out of jail, Tekashi isn’t as hot as he used to be, but he did drop a new album and has worked with the likes of Nicki Minaj and Akon. King Von, who is part of Lil Durk’s Only The Family crew, isn’t here for any of it.