A white teacher in Rochester, NY, Patrick Rausch, is facing heavy criticism for allegedly instructing his class of mostly black seventh-graders to pick seeds out of cotton to teach a history lesson about slavery. Parents are calling for Rausch to be axed and for his teaching license to be revoked. 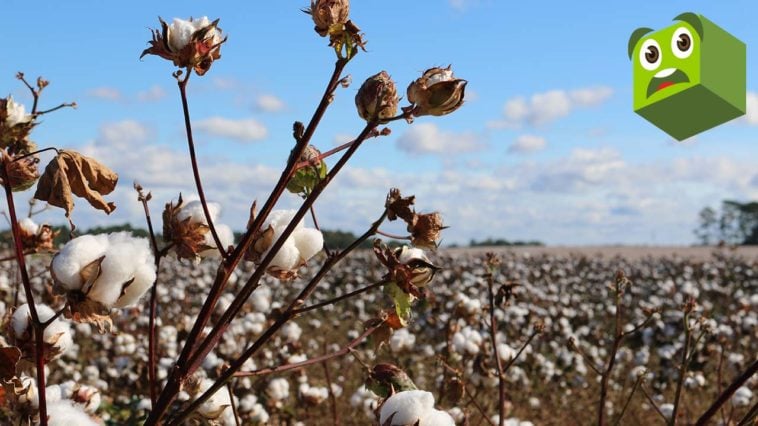 329 Views
Comments Off on Black Students Allegedly Forced To Pick Cotton, Wear Shackles In A Lesson On Slavery

The Rochester School District is under fire for the actions of a white teacher who instructed his largely black class to pick seeds of cotton, as well as to put on shackles during social studies lessons about slavery.

The teacher in question, Patrick Rausch, allegedly taught the lesson about slavery and how cotton is processed at the School of the Arts last Tuesday, WXXI News reported.  reported.

“He gave the whole class cotton and we were made to pick out the cotton seeds. He said, ‘Better clean it right, boy,’” Jahmiere O’Neal, one of Rausch’s students, told the outlet what the teacher said. “We were all shocked. We were just surprised that he would give us cotton and we didn’t know what to do. It made me feel bad to be a black person.”

One of his classmates, Ja’Nasia Brown, fought back on the assignment.

As the district investigates the allegation, Rausch has been put on paid leave.

The mothers of the two students said their kids told them Rausch, who had also allegedly made the students refer to him as “massah,” allowed white children a chance to refuse to take part in the activity but did not allow their black counterparts to opt out, the Democrat and Chronicle reported.

Precious Tross, Ja’Nasia’s mom, posted about the incident on Facebook and included a photo of the cotton the girl took home from school.

“She’s traumatized; she feels belittled. He made a mockery out of slavery. How dare you?” said Tross. “I don’t have a problem with you teaching our kids about slavery and what our ancestors went through and how they had to deal with that.”

Tross then added, “Our teachers back in the day told us that, but they don’t bring cotton and make you pick cotton seeds out of cotton. And you got the audacity to put the instructions on the board for them.

Jahmiere’s mom, Vialma Ramos-O’Neal, said at first, she did not believe her son when he told her he’d picked cotton in school, but did when she saw Tross’ Facebook post. Ramos-O’Neal’s son also told her that Rausch supposedly used slurs that were referring to his developmental disability.

“I have fought all along for Jahmiere to be included in everything his peers are, and this man degraded him, insulted him and made him not want to be black,” Ramos-O’Neal told the Democrat and Chronicle.  “I was in shock.”

The two children informed their mothers that Rausch had made the black students wear handcuffs and leg shackles earlier in the year. When they were unable to and when they failed to wriggle out of them, he allegedly said, “It’s OK, your ancestors couldn’t, either.”

Rausch also reportedly threatened to send Ja’Nasia to the principal’s office or the school counselor if she refused to put on the shackles.

“I am a very, very angry parent, and I’m going to stand on all 10 of my toes until I get justice,” said Tross, who is considering legal action against the teachers and the school district.

Parents are calling for Rausch to be axed and for his teaching license to be revoked.The principal of the school, Kelly Nicastro, told parents in a letter that school officials “take these allegations very seriously.” A statement from the school board described these allegations as “extremely troubling.”

“In a district of black and brown students, it is important to be sensitive to the historical framework by which our students are engaging and learning,” board president Cynthia Elliott said.

Adam Urbanski, President of the Rochester Teachers Association president, stated that he’s aware of the matter, but was wary of jumping to any conclusions until the probe is completed.

“While we believe very strongly in due process and the right to an existing lawful protocol, we do not defend the indefensible,” Urbanski told WXXI. “If someone departs from what they should be doing, they should suffer the consequences, but due process has to be allowed first.”

Bacow said Harvard would create a “Legacy of Slavery Fund,” which will continue to research and memorialize that history. This would be conducted alongside descendants of Black and Native American people enslaved at Harvard and its broader communities Kodak Black, A$AP Rocky, + More Disappointed After Not Being Able To Perform At Rolling Loud