After releasing the preview clip of her new single “P*ssy” regarding the overturn of Roe v. Wade on social media, Big Latto emerged to attack the song. 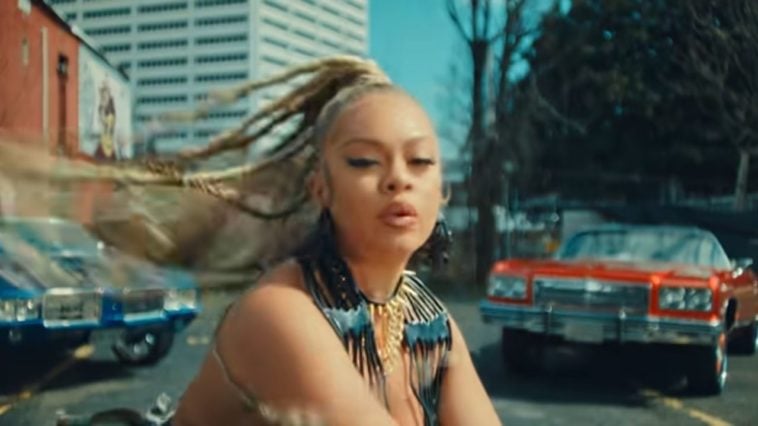 On July 13, Big Latto addressed her haters. She has been experiencing backlash after dropping the visuals to her new song “Pussy.”

The song addresses the overturn of Roe v. Wade, and many fans are accusing her of trying to market a serious issue.

One user on Twitter complained to the artist, saying “using serious issues to promote your song is wild.”

Latto fought back by replying, “Orrrr I took my frustrations to the booth like a RAPPER & using my platform to spread awareness.”

Another user criticized that the rapper did not do real things to change the situation but aimed to profit from the socially controversial topic:

“I actually am donating proceeds.. Yall be the same ones saying “why u gotta post everything” if I do & assume I’m not doing it if I don’t post it lol however I AM using my power (platform) to make a change regardless shut yo fake woke ass up what are YOU doing???”

Latto argued that she was making the donation and did not post it. “Y’all complain about female rap lacking substance but then say I’m “capitalizing” when I speak on shit 🧐🧐🤨🤨🤨 help me understand???”  After a few minutes, she continued to refute it.

“How You Ain’t Gotta Pussy, But Got Opinions On Pussy”

The “Pussy” artist dropped a teaser of her clap back on June 30 night taking a stand on the overturning of Roe v. Wade. It was also a preview of her new song “Pussy” in which she takes on those who would “bully” a woman’s ovaries.

Latto used the lyrics to express her discontent with the decision to ban women’s abortion rights.  She specifically takes on the men in power who have lobbied in Congress and on the Supreme Court against a woman’s right to choose.

This new song will be released at midnight (July 15).