Atlanta rapper 2 Chainz is making his fans do some extra work. The hip-hop star has come through with the tracklisting to his upcoming So Help Me God album but there’s a major twist involved.

Deuce went to his Instagram page Wednesday and had fans scratching their heads. Instead of giving out the traditional guest features, Chainz encouraged his followers to fill in the blanks. Fortunately, he did reveal rap stars Lil Wayne and Mulatto appear on the project since their collaborations have already been released.

“Friday! Imma let y’all figure out who the features are #SoHelpMeGod” -2 Chainz’s Instagram 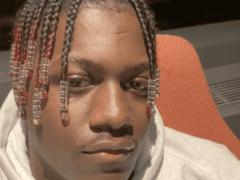 According to a 2K press release, at 12:01 AM PT November 12, NBA 2K21 gamers will have access to five new Deuce songs for 24 hours within the 2K Beats in-game playlist a day before the album drops.

“I’m always looking at new ways to drop new music and connect with my fans. Premiering my music in NBA 2K21 is an incredible , exciting opportunity,” said Tauheed “2 Chainz” Epps. “Music and sports go hand in hand, rappers wanna be athletes and athletes want to be rappers. 2K has grown into a leading music platform and we wanted to bring the NBA 2K community these hits to ball out to in The City or at the 2K Beach.” NBA 2K21 on next-gen consoles represents one of the largest and most comprehensive collections of music ever assembled for a sports video game. And now NBA 2K21 is not just amassing an impressive collection, but it is bringing access to new music like never before. The NBA 2K21 industry-leading and record-breaking soundtrack is also getting an upgrade, with the next-gen version receiving 150 new tracks – an expansive addition only possible on the next-gen hardware. These 150 songs are broken up into two distinct listening experiences. 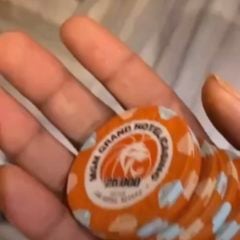 This week, Chainz hit up his Instagram page with a jaw-dropping shot. His new album cover art features Deuce from his middle school days and well before his rap star fame.

“I know a lot of artists have used baby pictures and kid photos to tell their story or reveal there journey , but this one different ! this is the 8th grade me , this was proof pic because like many of us we couldn’t afford to order the picture package and yes I had on 2 chains, I was an aspiring drug dealer and an occasional thief ( when pop went to prison he told me to steal stuff I need & not want 🤔)if I could tell that person something today I would tell them don’t give up , times is hard , but they don’t last forever SO HELP ME GOD this FRIDAY .. art by me ✋🏾” -2 Chainz’s Instagram

So Help Me God Release Date

Barring any setbacks, Deuce is set to invade streaming platforms this week. The Def Jam album is penciled in to drop Friday.

2 Chainz, the multi-platinum, Grammy Award®-winning MC has officially set next Friday, November 13th as the release date of his new sixth studio album via Def Jam Recordings, SO HELP ME GOD. SO HELP ME GOD is the long-awaited follow-up to Rap Or Go To The League (released March 2019), described as 2 Chainz’ most personal, most lyrical, most soulful record to date. A&R’d by LeBron James, Rap Or Go To The League spun off two smashes: the MTV VMA-nominated “Rule The World” featuring Ariana Grande, which boasts over 22 million YouTube views to date; and the RIAA platinum “Bigger Than You” featuring Drake and Quavo with over 62 million combined YouTube views to date.