Another thing G.O.O.D Music boss Kanye West and President Donald Trump have in common? They apparently can’t take a joke, especially when it comes from NBC’s “Saturday Night Live.” This week, a line from “Insecure” star Issa Rae clearly went under Yeezy’s skin.

Issa Rae hosted ‘SNL’ this week, and in one skit — while playing a lawyer from the NAACP — she made fun of Ye running for president. Kanye – clearly offended – tried to take that combination of high road and condescending in a post-broadcast tweet.

In the sketch, Issa’s character said she would blindly vote for anyone Black – with the exception of Kanye for president.

In the sketch, which featured SNL host for the evening Issa Rae along with Kenan Thompson and Ego Nwodim, the imaginary talk show Your Voice Chicago asked about election candidate choices. Rae slammed the chances of Kanye West as president. She said, “Kanye? F him!” The remark followed her saying she would vote for everyone Black, a play on her remarks at the 2017 Emmys, when she said she would root for everyone Black. (Deadline)

As always, Yeezy is doing things his own way without regard for anyone else’s rules. The Chicago rapper/producer recently traveled to London and proceeded to ignore COVID-19 quarantine protocol. 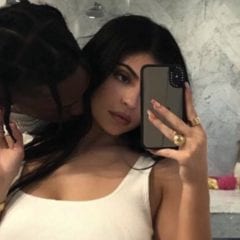 Citizens who are caught in London breaking COVID regulations can be subject to fines of up to £1,000 (about $1,300 in US dollars). That might be less than his daughter North West‘s allowance, so Kanye probably isn’t worried about it. 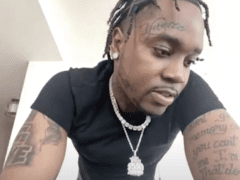