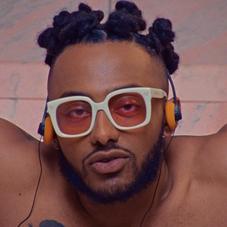 Aminé drops the creative music video for “Compensating” with Young Thug ahead of his album release.
Aminé is one of the most creative individuals in the rap game, and that should go without saying. His sound has carefully been crafted to perfectly represent him as a culture shaker and his videos are always worth the watch. With his album coming out at the end of this week, the Portland-bred artist has just dropped the video for his collaboration with Young Thug, “Compensating.”
It starts out with Aminé’s homies debating on who has more money and bitches: NBA Youngboy or Jesus. That should be enough to convince you that Aminé is just having fun out here. He’s doing what comes naturally to him and he’s having a blast while doing so.
Enjoying some elegant fun inside of a French-style mansion in Bel Air, Aminé and his friends have a tennis party and explore the interior of the beautiful spot.
Watch the new video above. Limbo comes out on August 7 with features from Summer Walker, Vince Staples, JID, Young Thug, and more.