Rap executive Wack 100 is 100 percent here for an epic Verzuz battle. The hip-hop heavyweight has stepped forward to co-sign a must-see bout between Gucci Mane and Jeezy.

The West Coast manager took to his Instagram page to show his support. Wack also acknowledged Gucci and Jeezy allowing their past differences remain buried and doing the face-off for the culture.

“Grown man sh*t here @[email protected] Great example of leadership . Culture needs to see this with all the violence going on … Politics didn’t get deeper than this — #Salute let the music do the talking 💪🏾” -Wack 100’s Instagram 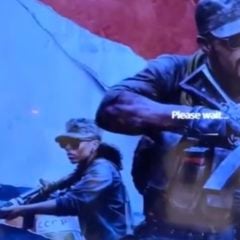 This weekend, Gucci shocked fans across his Instagram page. The rap heavyweight announced an unexpected clashing going down between himself and the Snowman. 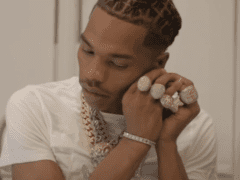 NEWSLil Baby Shares Another Reason He Might Be Done W/ Collabos

Guwop recently went to his social media pages to keep things 100 on any Verzuz speculation. Mane said money would do the most talking and ultimately convince him to entertain a music bout.

“Stop asking me about doing a @verzuzonline battle unless they got a million dollars they scared of Wop. #GuccimaneVsWhoever 💨💨” -Gucci Mane’s Twitter

After mounted anticipation and speculation, Atlanta rap stars T.I. and Jeezy recently broke the news of their own Verzuz battle. Barring any setbacks, the hip-hop powerhouses will see each other in mid-November.

DaBaby Concert Tickets Are Buy One Get One Free. Could This Be Rock Bottom For His Career?