Social media lit up the Internet with a meme centered on Boosie’s publicized gunshot injury. The joke imagined D-Wade and Zaya low-key getting the last laugh in a fan-driven feud between the Wade family and Badazz.

In August 2020, Boosie went viral for criticizing Wade for accepting Zaya’s decision to identify as a female. 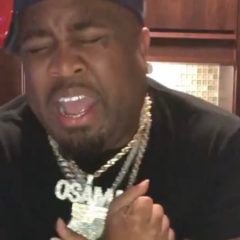 Footage has circulated online of Boosie in Texas paying respect to his protégé Mo3 who lost his life from gun violence just days prior. Earlier in the week, Boosie took to his Twitter page and didn’t hold back his feelings. Badazz publicly told his affiliates and outsiders to not reach out to him after the Mo3 slaying news went viral.