New York rapper Rowdy Rebel knows his worth. Since being released from prison this week, he’s already crowned himself the King of the Big Apple.

Rowdy Rebel took to the streets to crown himself the king of New York. He stoop atop a car and let it be known that he runs the city. 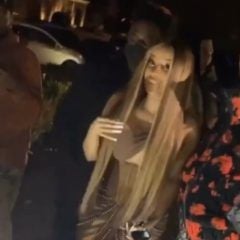 New York radio personality Funk Flex is jumping at a huge opportunity. The hip-hop veteran has announced he’s working on new music with the local rap heavyweight following his publicized prison release. The Big Apple native went to his Instagram page to break the huge news. Flex shared a snapshot of himself and Rowdy having a FaceTime session together.

“OK! ITS OFFICIAL! @FUNKFLEX X @ROWDYREBEL IS OFFICIALLY ON MY ALBUM! We recording for the next 3 days! WE GONNA SHUT THE CITY DOWN!!!! WE PUTTING TRACK TOGETHER TONIGHT!!! I appreciate everyone that helped make it happen! @bean_ishhh x @frenchmontana x @ceoslow x @fettylucianogs9 x @travmbb !!!!!” -Funk Flex’s Instagram

Over the past few hours, Rowdy has confirmed his mighty return home on social media. 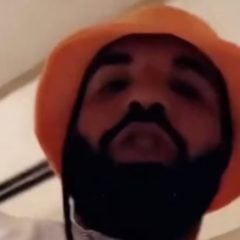 Rebel spent nearly five years behind bars. However, he finally tasted freedom this week after getting released from Collins Correctional Facility.

The Brooklyn rapper had been incarcerated since 2016 when he agreed to plead guilty to one count of third-degree conspiracy and one count of weapons possession. He’ll be under community supervision until December 15, 2025 at the latest. Rowdy Rebel burst onto the scene as part of Bobby Shmurda’s GS9 collective. The group broke out in 2014 with “Shmoney Dance” and “Hot N—a.” Rowdy Rebel and Bobby Shmurda signed deals with Epic Records, who released the rappers’ collaborative “Computers.” In December 2014, the rappers and other GS9 members were arrested and accused of operating a violent street gang. (Pitchfork)

A few days ago marked a huge date for Rowdy’s friend and fellow rap peer Bobby Shmurda. BS is slated to taste freedom in 2021.

One year from now, he will be released from federal prison. He’s been behind bars since 2014 when he was charged with conspiracy to murder, weapons possession, and reckless endangerment; Shmurda pleaded guilty in 2016 and received time served for the two years he spent awaiting trial but was denied parole earlier this year. Rich Homie Quan Drops “Back to the Basics” Mixtape Cardi B Has At Least 50 New Songs Recorded: “I’m Just Still Not Satisfied”