Rap newcomer NLE Choppa isn’t thinking twice about trying a vegan option at a local fast food spot. The hip-hop star has singled out some of the biggest spots ranging from McDonald’s to Taco Bell over the iconic brands’ determination to offer vegan options for customers.

Choppa went to his social media pages and didn’t mince words. The hip-hop heavyweight shunned the fast food places for trying to dig into vegan consumers’ pockets and encouraged those types of customers to seek out alternative options.

“McDonalds, Burger King, And Taco Bell Yall foul for trying to make vegan food. Do not eat that sh*t find a great vegan spot near you, not a commercial fast food place, or get groceries and cook it yourself, also grow your own food to cook. Love y’all 💜” -NLE Choppa’s Twitter 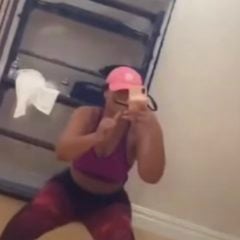 WATCHAshanti’s Back On Her Workout Grind After Tropical Vacation

In summer 2018, R&B crooner Summer Walker admitted she had dealt with an uphill battle going vegan. She made a desperate plea on social media in an effort to resist going back to the opposite of plant-based food.

“PSA. I need a vegan chef who is like literally amazing in LA and I need them to come save me and rescue me because I’m about to give up on my vegan journey. It’s nasty as h*ll, it’s disgusting, it’s miserable. I don’t know who lied to y’all and said it’s good because it’s not. And if somebody doesn’t give me a vegan meal that is properly seasoned and tastes delicious, I’m just gonna be a fat, chicken-eating, grease-slurping – I don’t want, we don’t need to talk about it, I don’t want to go there. Somebody please tag them. LA vegan chef. Please Lord, help me, save me.” 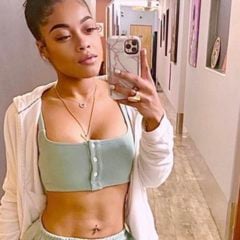 Jay-Z has clearly been busy. Not only did he join the billionaire’s club, but the venture capital (VC) fund he co-founded recently led the round for allergy-friendly food startup, Partake Foods. Partake Foods is a black-owned company that makes health-conscious food products. They recently closed a $1 million dollar round of seed funding. (Black Enterprise)

Partake Foods was expected to take its $1 million investment to help grow the brand and get its products placed into more retail stores.

It’s Not For Everybody