Hollywood star Nick Cannon‘s popular “Wild ‘N Out” might not be down for the count too much longer. The hip-hop entertainer’s hilarious series is reportedly inching closer to returning to MTV.

According to reports, ViacomCBS’ Entertainment and Youth Group president Chris McCarthy has breathed new life into the sidelined series. While slim with exact details, McCarthy hinted at both Cannon and MTV being on better terms leaving the competition show’s return a large possibility.

“We continue to follow Nick’s journey and I’m impressed by how he’s owned his mistakes,” McCarthy told Variety. “He’s been an extended part of our family for almost 20 years and a personal friend of mine for almost half that.  He’s leading by example, apologized and trying to learn to understand and help others do the same. That’s the kind of partner we want to work with.” During his previous tenure as head of MTV2, McCarthy demonstrated his faith in Cannon and the “Wild ‘N Out” franchise, which began on MTV in 2005. The show went dormant, but over time McCarthy worked with Cannon and Michael Goldman, the comedian’s producing partner and manager, for more than a year to downscale the budget to make the show affordable for MTV2. (Variety) 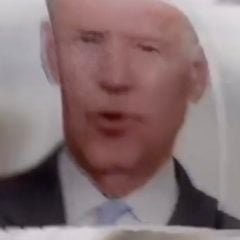 Following his now-infamous comments, Cannon went to Twitter and spoke out on being done appeasing everyone. Nick also took things a step further and said he was ultimately done with the entire planet.

“I hurt an entire community and it pained me to my core, I thought it couldn’t get any worse. Then I watched my own community turn on me and call me a sell-out for apologizing. Goodnight. Enjoy Earth🙏🏾💙 … Y’all can have this planet. I’m out!” -Nick Cannon’s Twitter

A Moment Of Clarity

Prior to Nick airing out his frustrations, he went to social media with an open apology. He specifically apologized to the Jewish community for making what some people felt were anti-Semitic comments during a podcast.