It looks like T.I. has pissed off Drake. Canada’s finest had a nasty old rumor about him resurface recently when the King Of The South seemed to confirm it on his new album, The L.I.B.R.A.

After the story reignited over the weekend, fans noticed Drake unfollowed T.I. on Instagram. Coincidentally, Tip still follows Drake, for whatever that’s worth.

T.I. Confirms The Rumor On His New Album

A fan recently shot a video of a truck with Certified Lover Boy on the side headed in the direction of Toronto. The quick clip has led people to believe that means merchandise for Drake’s new album is headed to stores … which means the album can’t be too far behind. 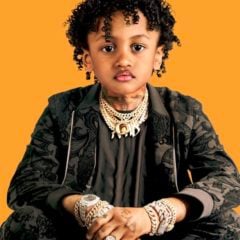