Hollywood superstar Donald Glover is giving “Atlanta” fans something to get excited about. The hip-hop star has teased fans about the status of his popular FX series and what expectations diehard viewers should have.

Glover made a rare Twitter appearance to speak on a flurry of random topics including who he’s listening to right now and his last studio effort. But the biggest surprise came from Donald dishing on the highly-anticipated “Atlanta” return. 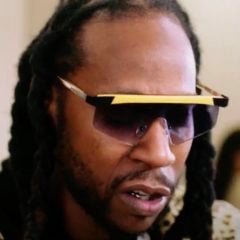 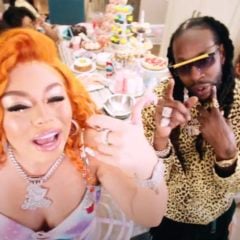 The FX president also dished on what made the series an award-winning show.

Created by Glover, Atlanta is executive produced by Glover, Paul Simms, Dianne McGunigle, Stephen Glover and Hiro Murai. The series has won five Emmys, two Golden Globes and a Peabody Award, among others. “What more can be said about Atlanta than the critical acclaim and accolades that Donald, Paul, Dianne, Stephen and Hiro have earned for two exceptional seasons of what is clearly one of the best shows on television,” said Eric Schrier, President of FX Entertainment. “This group of collaborators and cast have created one of the most original, innovative stories of this generation and we are proud to be their partners.” (ET Online)

Since “Atlanta” blew up, Glover has kept busy starring in huge movies and putting out award-winning music.

Glover has been busy with a Grammy-winning EP, starring in and producing his own short film, Guava Island, voicing Simba in Disney’s remake of The Lion King and portraying a young Lando Calrissian in Solo: A Star Wars Story, as well as his This Is America tour. (The Hollywood Reporter) India Love: 5 Things You Didn’t Know About “The Westbrooks” Star